Trending
You are at:Home»Articles»Victory for all!

The idea of vehicle integration of C4ISR/EW systems through the use of an Ethernet based vehicle network allows for the integration and interoperability of onboard systems.  The fact that prior systems used a Stove Pipe approach that left huge gaps in information seems ridicules when comparing this to a new BMW 7 series with 8 CAN bus networks.

The goal is to have a simple in-vehicle-networks that draws information from communications sources such as, threat detection, imaging and others to create better situational awareness and protection for the vehicle and its passengers.   VICTORY is not about applying new technologies, rather the goal is to network systems with an agreed to open specification.

The approach is reflective of the MOSA and open architectures in that it does define or identify specific hardware and software, but rather uses a framework to identify acceptable standards through the use of CTS, (Compliance 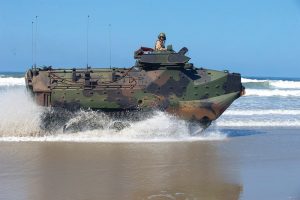 Test Suite) and CCT, (Compliance Test Tools).  An example is that BAE Aerospace has identified MicroTCA from PICMG as being in concert with VICTORY and a suitable choice for a base system.

So just as your new Tesla can integrate your phone, navigation, entertainment and system monitoring into a single display to improve the information stream to the driver, VICTORY will allow for greater information assurance within military ground vehicles.  No longer will discrete systems leave information incomplete, but rather VICTORY will allow advance systems to interoperate and offer a more complete picture.

But unlike your new Tesla, VICTORY allows for network of new and existing systems.  It adopts industry standards to allow for the greatest level of innovation in an open, yet secure network.  It will reduce SWAP in many ways, the most obvious is the use of a single display for multiple systems.  It will also reduce “cockpit error” by combining data from different sources such as the fire control systems and Coms.   Finally it will create a more universal UI, (User Interface) that will reduce training time. 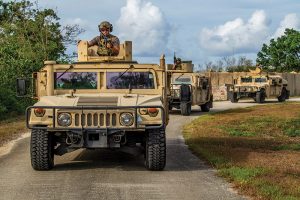 In preparation for this month’s issue of COTS Journal focused on Vehicle Systems, I felt as though I was comparing the advance systems of today’s  State-of-the-Art car to Naval Tactical Data Systems of yesterday.  But as I did my researched and reviewed reams of data, it was clear that VICTORY doesn’t narrow the future to proprietary architectures, but rather builds a bridge to a brighter future.