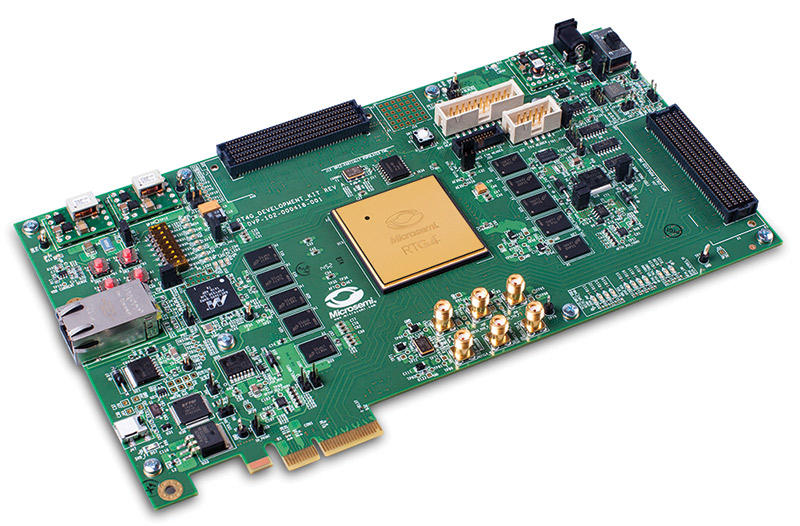 Microchip Technology Inc. via its Microsemi subsidiary, collaborated with STAR-Dundee to create an evaluation platform that implements SpaceFibre technology, which was recently recognized by the VITA Standards Organization (VSO) as a control-and-data plane option for its SpaceVPX interconnect standard.

The SpaceFibre standard is already published as a very high-speed serial link standard by the European Cooperation for Space Standardization.

The STAR-Dundee 3U SpaceVPX demonstration board speeds the development of flexible, high-speed SpaceVPX (VITA-78)-compliant data-networking systems for space applications. As the first of its kind to feature FPGAs that are immune to radiation-induced configuration changes, the development board uses the unique architecture of Microchip’s RTG4 devices to optimize performance while providing systems with a critical additional level of failure protection in space.

As SpaceVPX increases in popularity for use in payload processor and system controller modules, the SpaceVPX-compliant platform utilizing SpaceFibre technology and Microchip’s RTG4 FPGAs provides the following benefits: