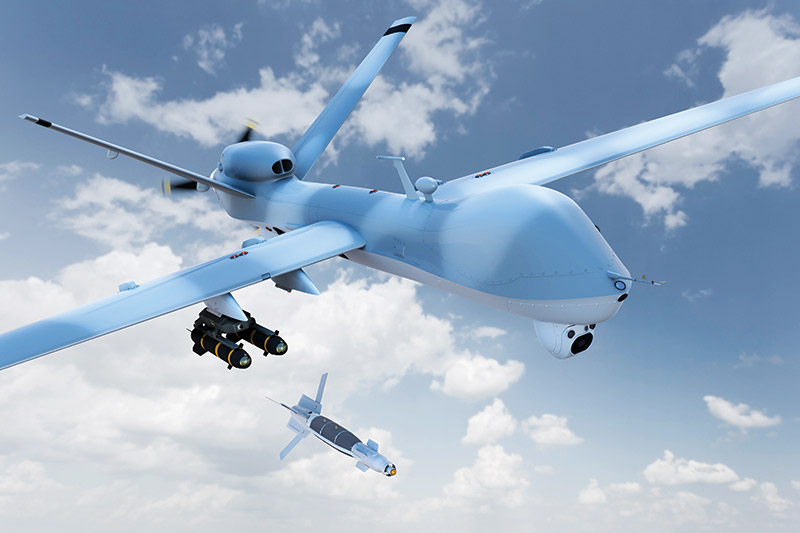 Throughout history militaries around the world have tried to inject a sense of intelligence into their weapons.  You might argue that a fuse on a stick of dynamite was the first implementation of a smart bomb.  Although not as complex as the systems we are developing today, the fuse did allow for a less indiscriminant, more focused attack.   The irony of this is that today the goal is not to create a “fuse” to move away to a safe distance, but rather to reduce the latency for a real-time execution.

Between the bomb with a fuse and where we are going are systems like the Patriot Missile that can be put in an automatic mode to repel attacks.  Although in a battle situation the risk may be acceptable, history has shown that friendly fire incidents have occurred.  This somewhat broad based approach to intelligence relies on an understanding that certain areas are high risk and subject to friendly fire.  Somehow this seems too close to the “fuse on a bomb” and not as close to the AI systems that we envision.

Today we are striving – although in our infancy – to have a level of intelligence that restrains systems to fire only under a very strict set of parameters.  It is in the level of accuracy that we find our motivation.  Contingent on data rates and low latency the goals set forth for the hardware manufactures like Xilinx and FlexLogic seem more obvious then those for the software vendors.  As frameworks such as Tensorflow, Caffe and MxNet gain status as defacto standards to be adopted the questions that begs to be asked are:  Can these frame works that were developed for commercial applications truly be moved to the military space?   Is the reliance on a commercial vendor for fault tolerance something we can accept?

Hardware companies such as NVidia and Xilinx continue to advance chip design, achieving greater throughput and lower latencies within GPUs and FPGAs.  Newcomers to the processors market, such as Groq will be implementing new architectures in AI focused processors.  And companies like Pentek, Aitech and OSS will be creating systems that put these technologies on the front line through advance system design.

Software companies face almost a “Moon Shot”.   They see lightening fast clock speeds, Chiplets with high speed interconnects, data structures that are highly tuned, new memory technologies and all the while warding of security threats.  GreenHills software, AdaCore, Lynx MOSAic along with others are driven to offer solutions that meet today’s demands in a modular fashion.

As the future unfolds it is hard to keep your imagination in check and to write about what is real and to discard the fiction.  It is hard to understand the moral or ethical implications, but it seems clear the goal of a fully automated AI based weapon system must always tracked back to human accountability!