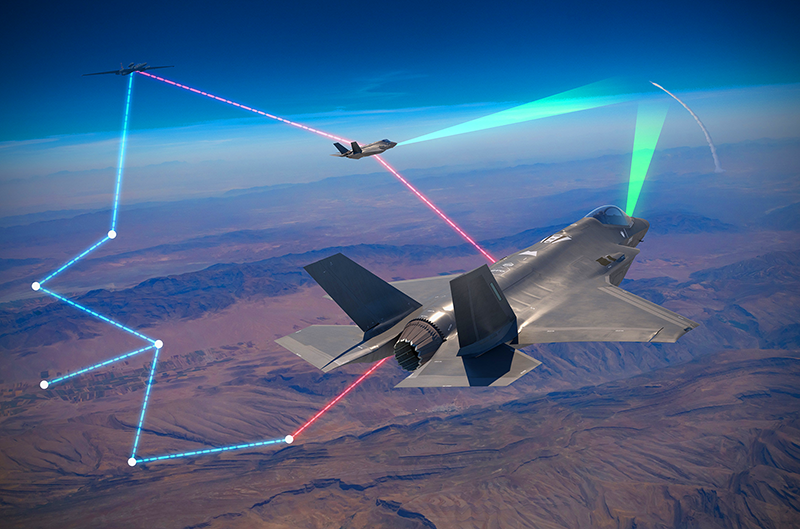 Lockheed Martin  Skunk Works®, the Missile Defense Agency and the U.S. Air Force successfully connected an F-35, U-2 and a multi-domain ground station in a ground-breaking test demonstrating multi-domain operations and the secure distribution of sensitive information across multiple platforms.

During the demonstration, called Project Riot, an F-35 detected a long-range missile launch with its onboard sensors and shared the information through the U-2 to the air defense commander on the ground, enabling the commander to quickly make the decision to target the threat. This next-level connectivity reduces the data-to-decision timeline from minutes to seconds, which is critical in fighting today’s adversaries and advanced threats.

In partnership with the Air Force Life Cycle Management Center at Hanscom Air Force Base, Massachusetts, and the Missile Defense Agency, Skunk Works’ Project Riot builds on a series of open systems architecture demonstrations proving how incremental increases in capability can be rapidly fielded to enable a connected network across air, ground, sea, space and cyber domains.

“This demonstration continues our commitment to provide complete battlespace awareness and seamless interoperability to enable multi-domain operations,” said John Clark, vice president of ISR & UAS at Lockheed Martin Skunk Works. “With its long-range standoff sensors, on-board processing and ability to operate in and around contested environments, the U-2 continues to play a critical role in demonstrating new capabilities today, while transforming operations for tomorrow’s battlespace.”

Leveraged the modernized U-2’s extensive payload capacity, modular design and open architecture to provide beyond line of sight communications between the F-35 and a multi-domain ground station

“The F-35, with its advanced sensors and connectivity, is able to gather and seamlessly share critical information enabling the joint force to be safer and more effective,” said Greg Ulmer, Lockheed Martin vice president and general manager for the F-35 program. “No other fighter jet in the world has this capability – and this test was a critical step on the path to unlocking its full potential for multi-domain operations.”