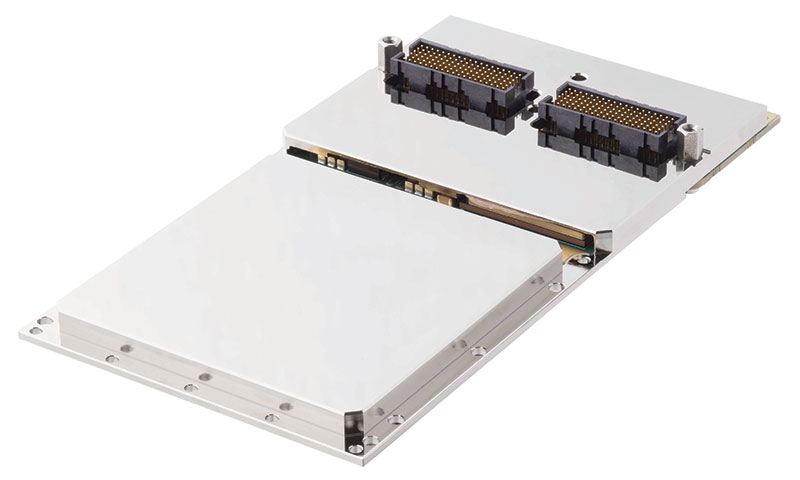 Abaco Systems today announced a powerful new rugged XMC graphics and video capture board. The NVP2102 takes advantage of the high performance of the NVIDIA® Pascal P2000 GPU with its 768 cores and 4 GBytes of GDDR5 memory to deliver 2.3 TeraFLOPS of peak performance with support for both CUDA® and OpenCL™. It is the first Abaco video/graphics XMC product to offer high performance input and output.

Developed for deployment in the harsh and cramped conditions typical of battlefield platforms, the NVP2102 provides an optimum choice for all forms of graphics/video processing input/output. Typical applications include situational awareness, signals intelligence, ISR and radar, while the Pascal GPU’s high degree of parallelism also makes it an ideal fit for GPGPU applications including machine learning and autonomy.

For electronic warfare applications in which minimal latency is an essential requirement, the NVP2012 provides a solution not only by virtue of its direct interface to the host computer (as opposed to card-to-card connectivity) but also provides direct video capture direct to GPU memory – again, minimizing latency.

“We believe that the XMC form factor is perfect for the power- and space-constrained environments that typify today’s armored vehicles, fighter aircraft, submarines and unmanned platforms – but until now, they have not offered the processing capability necessary for the most advanced graphics and video applications,” said Peter Thompson, Vice President, Product Management at Abaco Systems. “The NVP2102 changes that, leveraging the capabilities of NVIDIA’s state-of-the-art GPU technology to deliver the functionality and performance that would have previously required a separate graphics card.”