It is a truly exciting time to be a part of the defense technology business. As the consumer market drives the use of AI technologies for use in house hold products from vacuum cleaners to doorbells, the defense market is challenged by a global race to transfer these and others to the defense systems of tomorrow. For more than four decades, the defense market has drawn technology from the desktop market and the handheld market to be used in the most advanced systems possible.

Using the economy of scale, we were able to draw from high volume processers and open architectures to create very advanced systems. Today although, we are still drawing from this consumer market, the concepts that are coming forth are no longer based on a single hardware structure tied to a uniquely independent software platform. Today the whole application is addressed in a way that ties application to composable system architecture.

Today’s systems consist of a multi-dimensional configuration from the Cloud to the Fog and then out to the Edge. The Cloud affords the benefit seen in the consumer market by enabling the compute requirements to scale dynamically. Today’s Cloud based systems can dynamically scale to the needs. This composable feature not only is a cost saving, but also extends the performance to extreme compute needs.

Fog Computing resembles a cashe of compute ability between the Cloud and the Edge. Tis might be on a platform such as an aircraft circling high above an area of hostilities or it might be in a command center managing a drone. As the defense market relies on real-time response with the lowest latencies possible, this cashe of compute is perfect for command and control center near the front.

The Edge is the pointy end of the sword. It is the sensor on the front of the troop transport to detect IEDs – General Microsystems. It is a RADAR array detecting an incoming threat – CEMTROL. As we move forward to the front line of defense, the need for truly real-time response increases exponentially.

So as we move from the Cloud to the Fog and then on to the Edge, the environmental concerns increase in ways that were never considered by those who reside in the consumer market. It was from companies in our space that understand that designing a system for a defense application was a challenge. Challeng.es like fitting a system into the nose of an air.craft, that can withstand -40c to +70c, and can operate under significant power constraints was an example of what was needed. It was companies in our space that can take high resolution, real-time video from multiple sources and identify threats and react preemptively – One Stop Systems. Image 2 -One Stop Systems has delivered high performance storage arrays for airborne applications Tis three dimensional chessboard of Cloud, Fog and Edge is made all the more interesting when you apply the Machine Learning and Artificial Intelligence. Tis application a multidirectional understanding that will increase an accuracy of a decision based on a compendium of knowledge.

Until this point we have consumed information in a serial stream, much like we read a book from left to right. A software solution such as BERT – Bidirectional Encoder Representations from Transformers – from Google is reported to increase accuracy by twenty percent along with lower latencies. Tis is accomplished by a predictive algorithm, which reflects the beginning of something that will change computing forever. In a recent release from Xilinx, their VITIS software suite offers AI and Machine Learning tools to assist developers in the use of their FPGA’s. By offering these libraries to the mar.ket, Xilinx has reduced design times greatly, allowing applications to be addressed with high performance compute engines in a short amount of time. Xilinx expects to add to the library using a collaborative model to affirm that their FPGA’s are not hindered by re-creating the wheel with each application. Mercury Computer Systems, in a strong alliance with NVidia has incorporated GPU’s into their deployed systems. Although the power demands and the space requirements place these systems more in the Fog, Mercury continues to drive to the Edge with compute intense solutions that are driven on the principal of SWAP – Space, Weight and Power. Mercury has a rich history with digital signal processing, but their recent move to build custom ASICs reflects the depth of IP this company posses.

Another company that is putting high performance compute systems into the field is Aitech. This company has shown its talents for packaging advance GPUs into ATR Boxes. Their environmental understanding has allowed them to design systems that go from Rugged through Mil to Space. If extreme performance in a package to endure the harshest environments is needed, Aitech has an array of solutions.

From the images captured via a FLIR Thermal image camera or LIDAR in an autonomous vehicle, General Microsystems has proven that their solution is field-tested and meets vehicle standards such as VICTORY. GMS’s Titan Rack mounted server’s come in an array of configurations that use the latest Intel Xeon processors and offer numerous configurations of I/O and Storage.

These are but a few of the companies that offer solutions that will form the foundation for tomorrow’s high performance AI compute engines. And although we briefly touched on software, companies such as Lynx Software Technologies with their Mosaic will also contribute to this energy of bringing this three dimensional world to life by addressing the security demands of this highly complex networks with numerous areas of security concerns. And do this with an elegance that enables the certified reuse of code.

2020 may not be exactly what the futurist predicted at the turn of the Century, but the promise of AI does ignite the imagination of what could be! 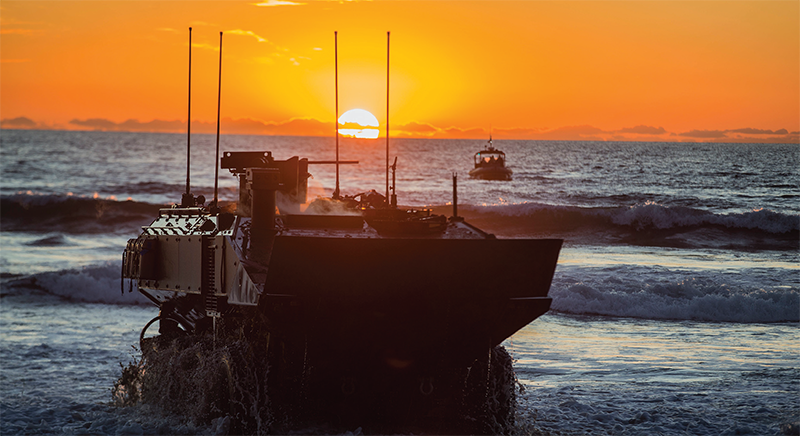