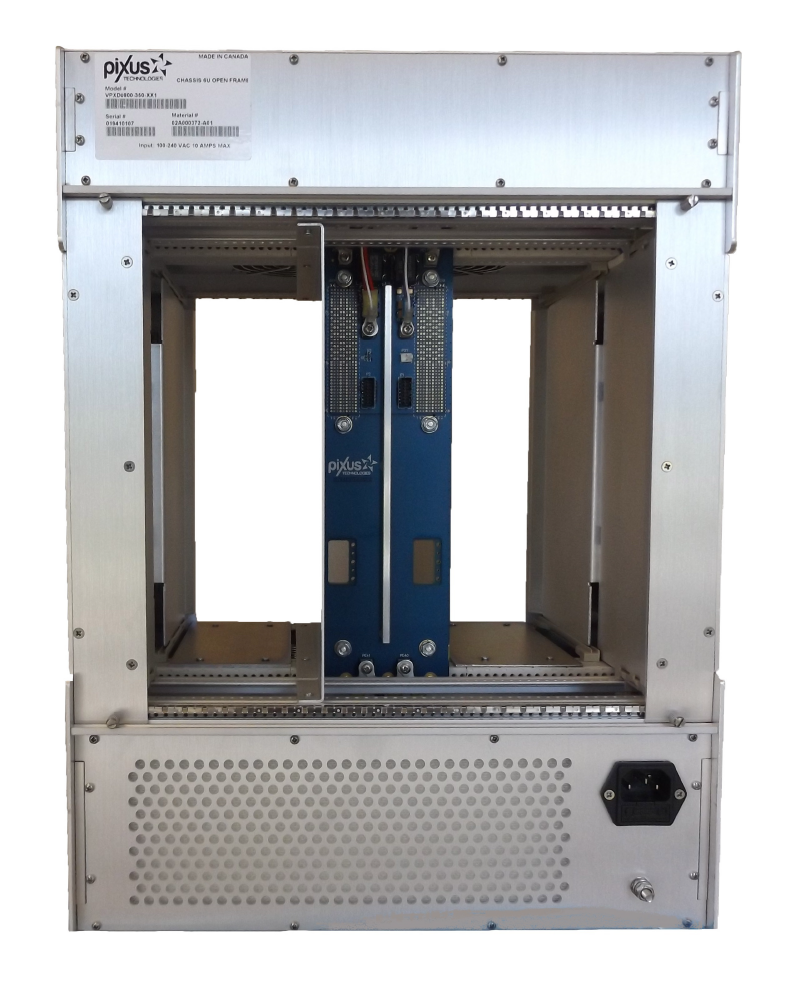 Pixus Technologies, a provider of embedded computing and enclosure solutions, has announced a new version of the VPXD1000 series that allows various VITA 67 slot configurations for RF interfaces over OpenVPX.   The chassis can be partitioned for a separate segment for specialty RF devices or your SOSA (Sensor Open Systems Architecture) implementation.

The new version of the VPXD1000 comes in a 63HP (12.6”) wide size, allowing higher slot count backplanes up to ten slots at a 1.0” pitch.   Alternatively, designers can utilize one portion of the chassis for a smaller VITA 67 backplane over OpenVPX and a separate segment for RF or other devices. Pixus can optimize the airflow/cooling for each segment to best suit the customer requirements.

The VPXD1000 features removable sidewalls. When testing, the sidewalls can be removed for easy open frame access to probe plug-in cards. The chassis walls can later be plugged in for thermal testing or aesthetic purposes for end customer demonstrations.