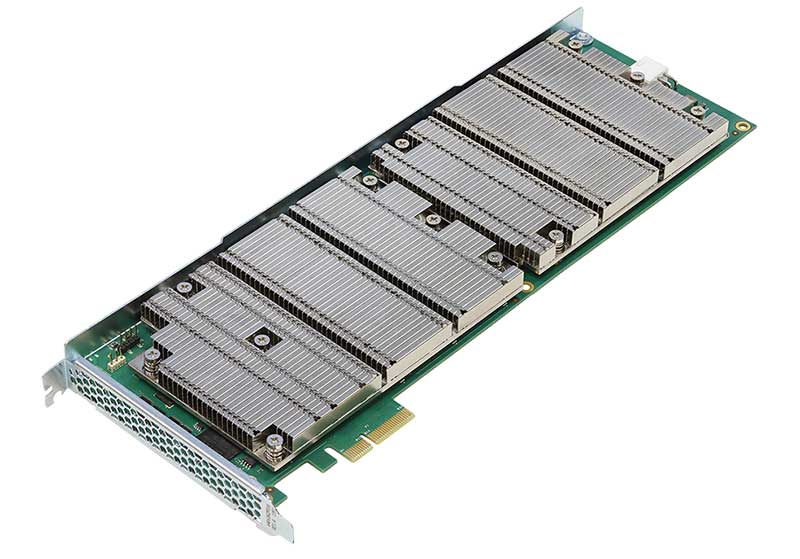 SMART Embedded Computing announced a new PCI Express (PCIe) card for voice-over-5G and LTE applications (Vo5G/VoLTE). This media processing accelerator add-in card enables high density voice processing to be integrated into rack mounted servers or other network appliances that have PCIe slots. It is designed to make the deployment of the Enhanced Voice Services (EVS) codec, which is in demand for 5G and LTE networks, more cost-effective by significantly increasing channel density.

The PCIe-8130 uses the latest generation of highly efficient digital signal processors (DSP) from Octasic to provide direct offload of the host CPU, eliminating the need for additional servers when adding high density audio transcoding to an application. Network equipment providers can either add or substantially increase the voice channel density within existing systems thereby reducing overall power and space demands for their equipment as it scales to higher throughput. Multiple cards can be added to scale capacity as the subscriber base grows and the card can be deployed as a centralized cloud solution or in central offices at the edge of the network.

“The EVS codec is highly sought-after in 4G and 5G networks, but it is compute-intensive, so the PCIe-8130 is optimized to provide the highest processing capacity per watt and per dollar for session border controllers, media gateways and similar network functions,” said Todd Wynia, Vice President of product management, SMART Embedded Computing. “This PCIe add-in card is ideal to reduce CapEx and OpEx in network voice processing deployments and upgrades through significantly higher voice transcoding density than current technology or standard server processors.”

The EVS codec is designed to support high quality and high efficiency. Unlike its predecessor, AMR, which was used for initial VoLTE deployments and marketed as ‘HD Voice,’ EVS was developed and optimized specifically for LTE. EVS is a feature-rich codec that supports everything from narrow band (NB) to super wide band (SWB) with bit rates starting at 5.9 kbps up to 128 kbps and a multitude of advanced error treatment capabilities.