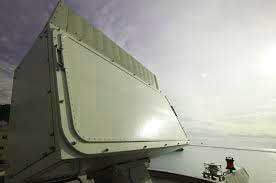 Leonardo will supply and integrate ‘New Generation Identification Friend or Foe’ (NGIFF) systems onto the Italian Armed Forces’ land and naval platforms, upgrading them to the new Mode 5 Baseline 3 standard. In the future, the project will expand to cover aircraft and helicopter. The new capability is vital to military operations and allows for full interoperability with other NATO countries during joint operations.

Leonardo has signed a contract with the Italian Defense authorities to supply and install ‘New Generation Identification Friend or Foe’ (NGIFF) identification equipment, updated to the latest NATO Mode 5 Baseline 3 standard, for the Italian Armed Forces’ land and naval platforms.

The contract is worth approximately €75 million and will last for six years. Leonardo will supply several hundred NGIFF interrogators and cryptographic units to upgrade dozens of land and naval platforms across 15 different classes and types.

The NGIFF systems will allow the Italian Armed Forces to maintain full interoperability with other NATO forces in joint operations as the alliance mandates the use of ‘Mode 5’-capable systems in its Minimum Military Requirements (MMR) for Air-to-Air and Surface-to-Air Identification. The Mode 5 standard confers many benefits in terms of identification and security.

Identification Friend or Foe (IFF) technology is essential to military operations as it allows allied forces to be distinguished from potential threats. Under this contract, the equipment for Italy’s land and naval platforms will be provided entirely by the Italian industry. Notably, Leonardo’s Mode 5 NGIFF equipment uses the company’s cryptographic unit, which is the only alternative to a U.S. cryptographic system available on the market.

Future contractual developments are planned which will see Leonardo equip further Italian aircraft and helicopters with the same capability, bringing them in-line with NATO standards.

Leonardo is a worldwide leader in Mode 5-capable NGIFF technology. Previously, the company has been chosen by the UK Ministry of Defense to upgrade the IFF systems of over 400 air, land and naval platforms in collaboration with a partner company.