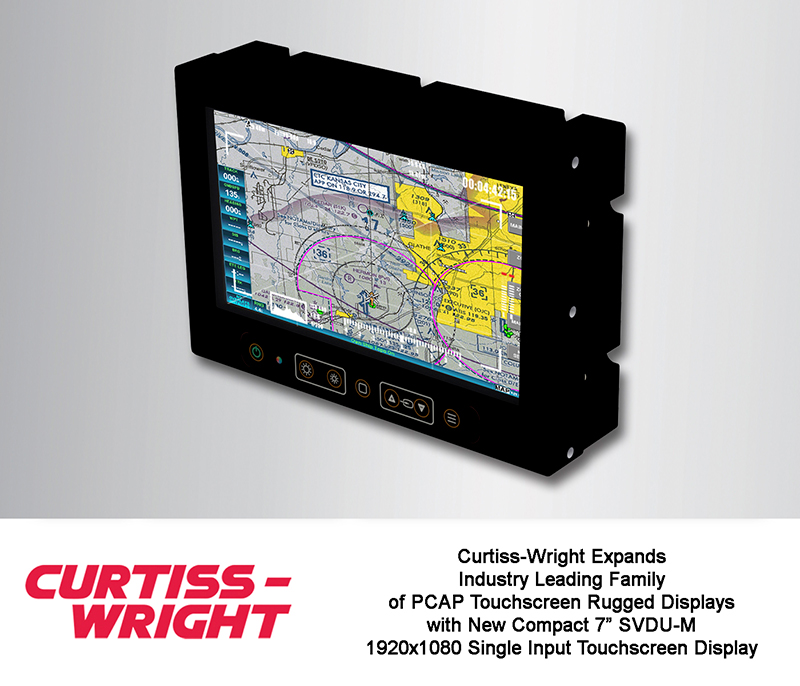 With support for 1920×1080 pixel screen resolution, the SVDU-M combines advanced features in a compact display, including optically-bonded glass and LED backlighting for enhanced daylight viewing, and dual-mode LED backlighting to support MIL-STD-3009 NVIS B night vision goggle (NVG) use. Designed for optimal performance in harsh environments, the display’s DVI video input and USB interfaces are supported via a highly rugged MIL-DTL-38999 connector. The SVDU-M’s PCAP touchscreen delivers high reliability and responsiveness even when the operator is wearing gloves or when the screen is wet. This compact, high-resolution display is ideal for integrating touchscreen display capabilities onto airborne (rotary and fixed-wing), civil (police, search and rescue), and military ground vehicle platforms to enhance situational awareness and support critical missions.

Capacitive touchscreen displays work by detecting a change in capacitance on the screen and require no pressure to be applied. Of the two types of capacitive touchscreen technologies, projected and surface, PCAP displays have more accurate touch sensing. PCAP uses a conductive grid to create an electrostatic field that enables SVDU-M users to very accurately control their visual data with the touch of one or multiple fingers, or via the use of a conductive stylus.