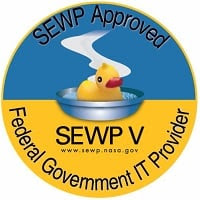 “Federal agencies now have an opportunity to save millions of dollars while getting the best commercial support of Java on the market,” said Scott Sellers, Azul co-founder, president and CEO. “Because Oracle Java and Azul Zulu OpenJDK are based on the same open-source OpenJDK code, they have identical features and performance. The difference is in cost and support. When deploying Azul Zulu, customers typically save 50-90%.”

The world of Java is going through a huge shake-up because of Oracle’s ending of free support and the consequent increase in costs for many customers. Azul has been the best-kept secret in Java but that is changing quickly. The largest company 100% focused on Java and the JVM and with the largest Java engineering team after Oracle, Azul has been shipping enterprise Java products for over 15 years. Based in Sunnyvale, Calif., Azul has presence in 14 countries, with channel partners covering 88 countries, and 100+ technology partners creating joint solutions for various industries and purposes. With over 500 customers globally including federal government entities such as the Department of the Interior, the Federal Reserve System, and US Courts, Azul is used by hundreds of thousands of Java developers and millions of connected devices.