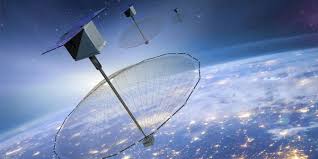 L3Harris Technologies launched the latest in a demonstration series of end-to-end small satellites as part of a U.S. Air Force constellation the company is responsible for developing.

As the prime contractor for the firm fixed-price development space mission, L3Harris is designing, developing, building, testing and deploying the satellites. The company will task, command and control the satellite system, as well as perform on-board processing of data to deliver imagery products directly to warfighters on tactical timelines.

“L3Harris has developed and supported various aspects of satellite missions over the last several decades as a component supplier or hosted payload,” said Ed Zoiss, President, Space and Airborne Systems, L3Harris. “In collaboration with the U.S. Air Force, we pulled the pieces together to successfully plan, develop and execute an affordable, high-performance space mission, which is part of a responsive constellation contract.”