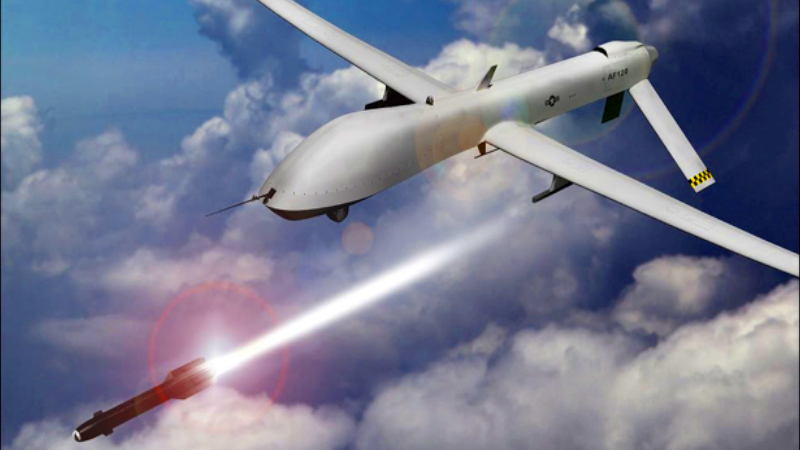 A few years ago, we authored an article titled, “Anatomy of the drone – Future Directions: and how will the killer/stunner be put to practice?

Although there were only a range of mission-critical applications that were being put into practice in Combat environments then – it was clear that drones were destined to redefine Modern Warfare.
Today, there is a proliferation of UAV/UAS/Drone platforms – with sophisticated technologies and on-board weapon systems that span the nano, micro, mini, tactical, medium-altitude, high-endurance altitude/unmanned combat aerial vehicle (UCAV) spectrum – that vary according to mission requirements.
Key drivers to fuel this include: a DOD budget/funding allocation that is 3X over what it was a few years ago, the emphasis on improving combat lethality and performance, a Counter-UAS readiness Initiative and the recognition that DOD must push innovation to new levels to retain Military Superiority. This mentality is extended cross-military lines with “unmanned” taking shape for air, ground, sea and space platforms.
In the early 90’s when DARPA and other technology entities kicked-off unmanned vehicle developmental projects – which became Global Hawk, Predator and other popular platforms – some experts were projecting that manned vehicles would be obsolete, within 7-10 years. Didn’t happen – and when you follow the DOD forecast projections to 2035 – no doubt unmanned vehicles are slotted to grow geometrically in platform numbers, type and range of applications – although there is no indication that manned vehicles are on their way to obsolescence.

Current estimates are that unmanned platforms will grow from several hundred (different types) to roughly 10,000 varieties with 90% of these vehicles falling into the miniaturization curve – with a smaller footprint, lower cost, quick turnaround and readiness – with a full-suite of capabilities on-board. Emphasis will be put on airframe maneuverability, power plants, sensors, communication/command/control (C3I) and information technology/processing.

There have been advances in UAV/UAS/Drone technologies – with DOD Technology Groups and key Defense Contractors collaborating to spawn linguistic systems (language processors), decision-support systems, advanced network communication capabilities, etc., which are rapidly moving these platforms to an autonomous state and allowing full-interoperability.

This is not happening without significant challenges in many areas including what it takes to support shorter service and life-cycles for these platforms – many of which are disposable.
DOD always has concerns about security measures, total cost of ownership and the dependence on a complex, multi-supplier base – with predictability, risk reduction, consistency and continuity being key themes.

Although unmanned vehicles represent an emerging, growth market – regulations and rules – including protecting the interests of private citizens – is still taking shape.
Further, the market is fragmented – between major players (Defense Contractors/Platform Builders/System integrators) and the range of new entrants (primarily, early-stage innovators) functioning, as a Cottage Industry.

This situation has been played out before – as evidenced by the Perry Initiative so long ago that started the wheels-in-motion for COTS to become the first right of consideration (mandated by law).
Is it likely that the DOD Unmanned Vehicle Market will follow the same course?