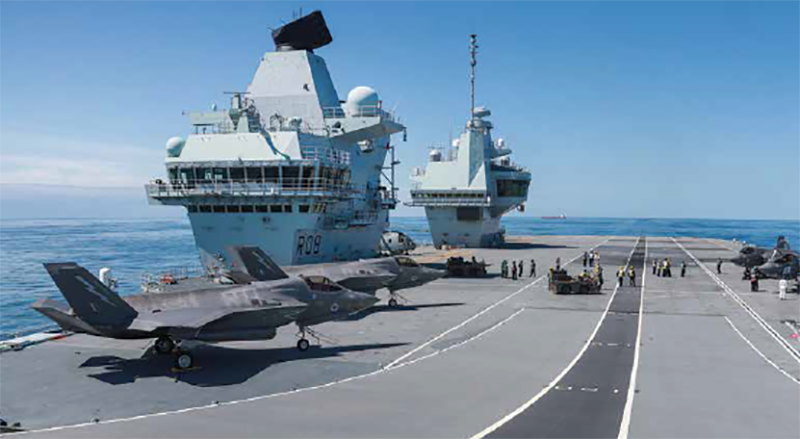 In a recent 76-page report presented to the British Parliament by the Secretary of State, the report outlines the changing mission from the days of the Cold War to the modern-day threats brought about by the shift towards technology-based threats. It recognizes that the threats facing the West have changed and need to be addressed with a clear-eyed understanding of the future. By offering a framework on how to assess the threats being faced, the paper describes the next decade as a decade of unprecedented levels of investment into defense infrastructure.

It describes a “Global Britain” as having no choice in joining its Allies and friends in shaping the future through leadership. That it must act to protect the lives of billions throughout the world with more than just words and be prepared to act in both deterring threats and defeating the enemy.

Historically, bold plans were not followed up with sufficient funding to execute. The Prime Minister seems to be reacting in a way that will turn a hollow promise into credible action by increasing funding by 14% over the next 4 years. This will enable new ships and missiles to be built along with an integrated strategy to communicate across all domains. This marks a significant change towards Artificial Intelligence that facilitates real-time threat analysis and mobilization.

Britain is the second-largest contributor to NATO and a Nuclear power that feels an obligation to modernize along with the United States to affirm they are threat-focused, modernized, financially stable, and prepared to confront future challenges. The need to modernize everything across all branches will mean that no stone will go unturned. State-sponsored threats in recent years have consisted of using computers rather than bullets, to create civil strife. This occurred during the debate regarding Brexit, where Russians used social media and other cyber techniques to inflame social unrest and put British leadership on their back heels.

The future for the British military will parallel in many ways the same goals that the United States is employing. The Future Combat Air System will address the strategic use of UAVs in parallel with manned aircraft. They are establishing a National Space Operational Center for Space Domain Awareness. They are investing heavily in cybersecurity through the National Cyber Force or NCF. At the heart of confronting these threats is the Strategic Command. It is here that they will be driving a multi-domain integration by optimizing their digital backbone through a greater reliance on AI.

The goal is to modernize from stem to stern the entire military infrastructure of Great Britain. To sustain its role in the world theater and to affirm that they are prepared to face the future with an advance, streamline fighting force that employs the latest in COTS technology.

Artificial Intelligence
Essential to British defense will be AI and AI-enable autonomous capabilities. This will modernize and accelerate decision-making and operational tempo. It is believed that future conflicts will be won or lost on the speed and efficacy of the AI solutions employed. Some of their greatest threats will come from the unscrupulous and unprincipled use of AI by others. The UK must help shape international standards for the use of AI.

Space Domain Awareness
Space and its access to it are fundamental to military operations effectiveness. Loss of, or disruption to, the space domain would severely impact the ability to undertake most defensive tasks and leave them with a severe impediment. They hope to be a meaningful player in space by 2030 by taking advantage of a vibrant space commercial sector and harnessing niche expertise to place capability into the hands of the user and enhancing their credibility as an international partner.

The Royal Navy
The goal of the navy is to transform and become more threat-focused and more lethal. The modernization of the fleet, retiring older obsolete ships will position them as the foremost navy in Europe and one of only three navies in the world to be able to operate two 5th generation carriers and F-35B jets. The goal is to cement their commitment to NATO Security objectives. 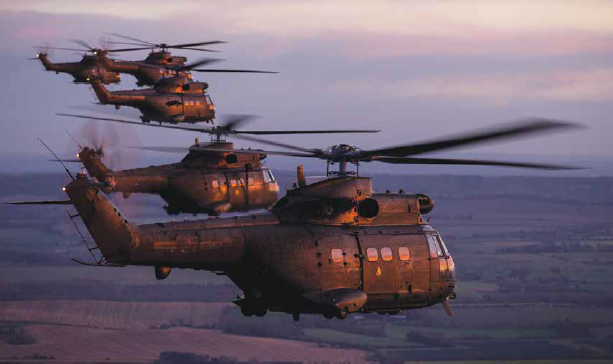 The UK’s rich shipbuilding enterprise will count the military as their largest customer with this renaissance building a sustained pipeline of ships throughout Scotland, Wales, and Northern Ireland.

The Army
Receiving significant investment, the goal is to become a more agile, integrated, lethal, and expeditionary force. Investment in new vehicles such as the Ajax, Boxer, and Challenger III is planned. Modernization of long-range precision rocket systems, drones, communications, electronic warfare will transform the Army over the next decade.

While the renewed structure is optimized to operate, warfighting capabilities will remain the cornerstone of deterrence with the British 3rd Army division at the heart of this force. Operating independently or as part of a multilateral deployment. 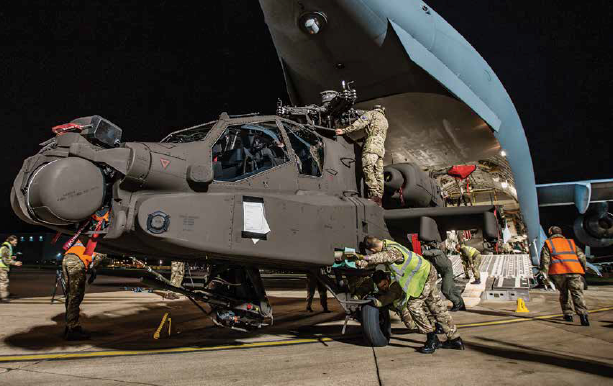 nt is retired and increasing the fleet size beyond the 48 aircraft that have already been ordered. The goal is to have the Royal Airforce be among the most technologically innovative, productive, and lethal air forces in the world.

Through upgrades to meet the threats and exploit multi-domain integration, the new planes will incorporate enhanced weapons and the most advanced radar systems in the world. This will include investment in software and capability updates with the rest of the global F-35 fleet.

The investment in the Future Combat Air Systems (FCAS) represents a paradigm shift in the UK’s combat air industrial sector to achieve the pace, affordability, and operational capabilities needed to meet modern-day demands. Through new procurement approaches the goal is to deliver capabilities twice as fast, at a lower cost, designed and delivered in a fully digital enterprise. They hope is to exploit model-based design, systems engineering, and the latest agile design principles for the most efficient supply chain possible.

The establishment of the Secretary of State’s office for Net Assessment and Challenge or SONAC will try to ensure that everything they do considers the ever-evolving threat picture.