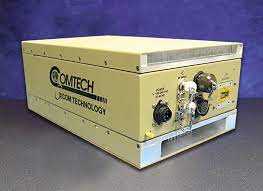 X-band is set aside for government satellite service, primarily military applications that require low interference, low rain-fade, and small terminal size, even if data rates are limited. One of the major challenges of the X-band is that, unlike other Satcom bands, the receive band is adjacent to the transmit band, making it critical that any RF leakage be extremely low to avoid interfering with the received signal. Xicom’s X-band solid-state power amplifiers (SSPAs) and BUCs are optimized for this challenging low leakage requirement as well as being high in power density, highly efficient, and compact. They are ideal for fixed, transportable, manpack, and mobile military applications.

“Comtech is the industry leader in X-band SSPAs and BUCs. We have invested heavily to build out a comprehensive X-band product line to support military fixed and transportable terminals with the most challenging performance and environmental requirements,” said Fred Kornberg, Chairman of the Board and Chief Executive Officer of Comtech Telecommunications Corp. “Our end-customer remains pleased with the outstanding technical performance and reliability of these Comtech BUCs, and we are proud of our track record on this critical military program.”

Comtech Xicom Technology, Inc., a world leader in high-power amplifiers, manufactures a wide variety of tube-based and solid-state power amplifiers for military and commercial satellite uplink applications. The product range encompasses power levels from 8 W to 3 kW, with frequency coverage in sub-bands within the 2 GHz to 52 GHz spectrum.