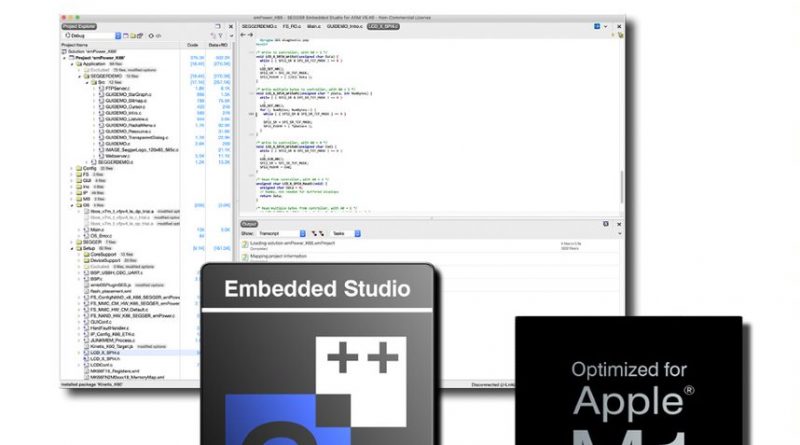 While the ARM-based M1 can execute applications for Intel x86-based CPUs using Apple’s Rosetta 2 translator, applications built specifically for the M1 core execute much faster and use

less power. To fully utilize the speed and performance potential of a natively compiled application, SEGGER created a build of Embedded Studio for M1. There are now two macOS packages available for download – one for the Intel x86-64 and one for the Apple M1.

“The Embedded Studio build for the Apple M1 is truly cutting-edge,” says Ivo Geilenbrügge, Managing Director of SEGGER. “This is the first commercial embedded system IDE optimized for the M1 and the performance results of our comparison tests show it was worth the work.”