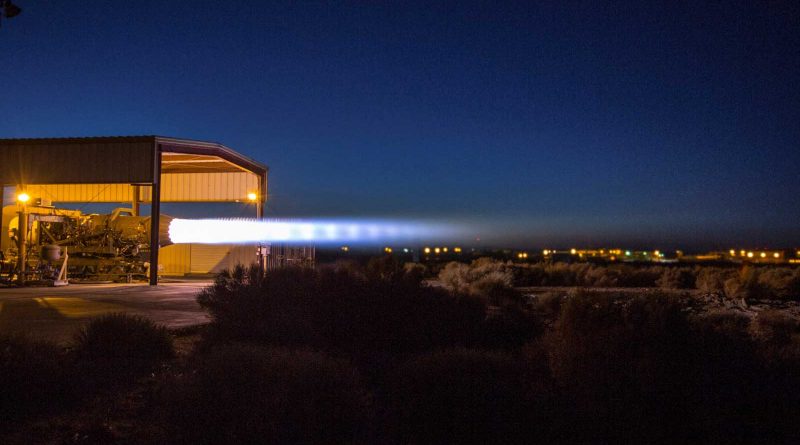 Making all that happen will require engineers to solve several challenges – including how to handle all the heat those high-tech new systems will produce. And the power and thermal management experts at Raytheon Technologies are working on it. With a long history of collaboration on military engines, the company’s Collins Aerospace and Pratt & Whitney businesses are working together with the Raytheon Technologies Research Center to break new ground on power and thermal management solutions that will enable the aircraft of tomorrow, while also supporting upgrades to today’s fleet.

“It’s the difference between success or failure. If you’re not succeeding in getting the heat out of the system, you have a problem,” said Andreas Roelofs, Raytheon Technologies’ vice president of research and development and the director of the Raytheon Technologies Research Center, where experts are contributing to the effort through new designs for heat exchangers, testing and evaluation, composite materials and novel methods of manufacturing. “Without effective heat transfer, you can’t drive top performance.”

The solutions the company is developing will have applications for a range of platforms, including the U.S. Air Force and U.S. Navy’s future fighter programs, the U.S. Army’s Future Vertical Lift program, battlefield air mobility, and the F-35 and F-22 modernization programs.

“We want to find the most efficient way to integrate between propulsion, electric power generation, and thermal management,” said Bill Dolan, vice president of engineering and technology at Collins Aerospace’s Power & Controls unit. “Current systems cannot support the increased heat loads that future enhancements will require without detracting from desired aircraft performance, so we are actively exploring new architectures, new packaging, and new methods of integration.”

The Raytheon Technologies team is uniquely positioned to achieve these improvements, with a Tier 1 systems supplier (Collins Aerospace) and an engine manufacturer (Pratt & Whitney) under one roof. Working together, the team can realize gains that would ordinarily be left in the margins, while providing seamless integration and streamlined service to its customers. Rather than working in silos, the Raytheon Technologies structure, digital capabilities, and collective expertise allow it to partner with airframers and military customers in a unique way to produce the best solutions for the warfighter.

“Collins Aerospace and Pratt & Whitney have worked together for decades on military engines, including the F135 propulsion system for the F-35, but this is a new level of collaboration,” said Dolan. “In the past, the environmental control systems and engines for military aircraft have been designed and procured separately, but future aircraft require a far more integrated approach to support all the desired upgrades. We’re working to co-optimize the thermal and engine cycles together. That’s something that’s never been done before.”

The F135 engine demonstrated the full-life capability of its cold section (components consisting of the fan and compressor) during testing at Arnold Air Force Base in Tennessee.

One example: Collins Aerospace currently supplies Pratt & Whitney with thermal management heat exchangers for the F135, the engine that powers the Lockheed Martin F-35 Lighting II. Collins Aerospace is exploring the potential to produce new heat exchanger designs for future platforms via additive manufacturing. That would reduce weight, drag, and volume, and it could open up new design possibilities within the aircraft’s space constraints.

“As we look to the future, power and thermal management system capacity will be a key enabler for next-generation fighter aircraft as well as for capability growth of existing aircraft,” said Dave Stagney, senior director for Pratt & Whitney’s GATORWORKS organization. “Pulling additional power from our engines under existing approaches has a significant negative impact on engine life and maintenance costs. Our integrated approach – leveraging advanced systems architectures but also state-of-the-art digital engine controls – not only results in lower fuel burn and lifecycle costs but also less weight, better packaging, and higher overall aircraft performance.”

While the promise of Raytheon Technologies’ power and thermal management solutions is clear for future military aircraft, the team believes they will have applications for commercial aircraft and ground vehicles as well.

“While we see an initial application for fighters, there is certainly a range of platforms that could benefit from our integrated approach,” said Stagney. “We’ve only just started to scratch the surface of what our collective power and thermal management technologies are capable of.”