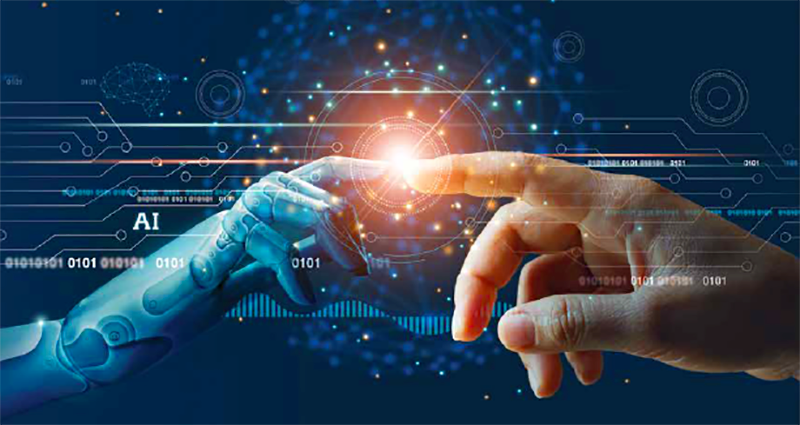 Understanding the need for smarter, more advanced systems, the military has recently shifted its focus to artificial intelligence applications and functions. Although not a new concept, military adoption of AI has been a slow process given the unique challenges it encounters or faces. Traditional AI initiatives require large quantities of data and extended periods to fully educate and train a model. However, in a field dominated by data security and privacy, allowing important information to be shared between systems can cause unwanted breaches and safety concerns. Additionally, in environments where variables are constantly changing, traditional methods of AI rarely work fast enough to deploy a valid solution. This can mean the difference between life and death.

The speed at which maintenance needs are met directly impacts a piece of equipment’s operational efficiency. In times of conflict, where combat readiness is crucial, unplanned breakdowns or failures and extended maintenance times can have a massively negative effect. In an active conflict, military personnel doesn’t have months for an AI model to learn whether a piece of equipment is performing optimally or is at risk of experiencing a failure. Variables change continuously which forces traditional models to revert to relearning everything, including the operational baseline for how a piece of equipment should perform based on its specific attributes.

Certain variables should not require re-learning in an AI model because they are based on physics principles that are and have been in use for years.  For example, the principles of how an engine operates and performs at an optimal level are well-known and widely accepted. An effective AI model should not be required to re-learn these known variables. Traditional AI models don’t account for these known and unchanging variables relative to the optimal operation of the equipment. This process of the model re-learning what is already known (through physics), significantly increases the time for creating and delivering accurate analysis, predictions on future operational states, and prescriptions for returning the equipment to its optimal state of operation.

An alternative to traditional AI methods, known as Evolved Artificial Intelligence™ (EAI), is changing the way military operations leverage real-time data. As its name suggests, EAI is an advanced, smarter form of AI. Instead of learning every variable from the ground up, EAI considers known or well-defined data when creating models and making calculations. Every asset has specific operational qualities known through the physics of the specific piece of equipment. This information, typically provided by the original equipment manufacturer (OEM), outlines how an asset should operate, given its make, model, size, parts, and other “nameplate” specific information. For example, based on physics and the attributes of a specific engine, it is expected to perform a certain way to maintain optimal operations, regardless of where or how it’s being used. Because operational information is readily available, an EAI-based model doesn’t require time to “learn” or be trained on how an asset should be performing when operating at an optimal level. In the instance of active conflict, the timeline to receive actionable analytics is much shorter because the model performs calculations only on changes to current operational variables, as opposed to recalculating and training the entire analytics model. As a result, less data, and more importantly, less time, is required to perform the analysis, create the predictions and prescriptions, and deliver the results to the end-user. This makes the process significantly faster and much more secure.

Evolved AI provides the ability to incorporate uncertainty or the “unknowns” of a situation into the analytics modeling process. Taking uncertainty into consideration, it reconciles them against simulations of potential outcomes. The uncertainty can be captured by the degree of fidelity the user has available. The combined use of simulations and statistical distributions not only weighs possible scenarios, but also the degree to which they’re likely to happen.

Within the context of military equipment and vehicles, there are specific data points that could be considered fixed or definite.  Provided the information is publicly available, a fixed data point would be how an asset should run based on its design, testing, and purpose. The undetermined aspect is how a piece is performing against its operational expectations. This is where data feeds to provide a view into what changes should be made or what maintenance actions should be performed. Whether the feed is real-time or not, the prescribed solution can be used to return an asset to its optimized operational state.

Incorporated “fixed” data encompasses more than just a broad generalization. For example, knowing a piece of equipment is an internal combustion engine is beneficial. However, knowing how many cylinders the engine has, as well as the manufacturer, allows the model to bake in asset-specific variables.

Understanding what data is being fed into the AI model also allows for increased transparency, something traditional AI models typically cannot provide. Often, traditional AI models take a “black box” approach to calculating and learning data. Data is fed into a model and results are generated without the ability to audit, validate the results, or determine cause and effect. EAI provides clear lines between each point to explain how calculations were performed, how the results were derived, and likely outcomes created. Using data from the OEM, analytics can be performed on the exact specifications of an asset or piece of equipment as opposed to using generalities. When reconciled, the calculations show the variables considered, the correlation to other parts of the asset, and what a likely outcome will be. This provides greater visibility and decision-making capabilities to key stakeholders.

Using established data points, EAI models can start performing evaluations and providing results in as little as a few days, significantly less time than other AI models which typically take months or more to train to deliver predictive and prescriptive analytics actions.

The data gathered through EAI is used to perform predictive and prescriptive analytics on equipment, systems, vehicles, and assets where monitoring and reporting will not suffice. Understanding how an asset is performing in comparison to how it should be operating in an optimal state triggers a response in the model and communicates that a damaging event is going to take place soon, such as an engine failure or other catastrophic failure.

The model will then prescribe what actions should be taken to return the asset to its optimal operational state. These predictive and prescriptive models can understand the relationship between the different components of an asset, providing insight into not only the component’s operation but also how changes can impact other operational states within the overall system. EAI-based models have the unique ability to link the operations of independent, yet inter-related components to provide a holistic view of asset health.

While low tire pressure seems like an easy-fix issue, the analytics model can correlate low tire pressure to other operational conditions like gas mileage, engine temperature, braking ability, and other critical operations. Basic machine learning and AI lack the complexity to create, correlate and understand the relationship between separate systems, and as a result, fail to raise awareness of other potential issues which should be considered.

Although evolved to be smarter, faster, and more accurate, EAI should be viewed as a foundational piece of a greater comprehensive system. EAI provides the basis for gathering, interpreting, and analyzing data, and allows for simplified integration with organizational ecosystems and platforms. Predictive and prescriptive analytics platforms can be deployed to navigate through high degrees of uncertainty, automate analysis through real-time data integration, provide clear visuals of cause and effect, and produce actionable results to enable faster decision-making and problem-solving.

Powered and supported by analytics platforms, software suites can be implemented to target specific operational needs, such as condition-based maintenance (CBM) for military vehicles. Using EAI, CBM software can continuously monitor the key elements of a vehicle and understand the relationship between those elements, enabling consistent vehicle health. Maintenance-focused software suites, like Lone Star Analysis’ MaxUp™ Fleet, can deliver predictions and prescriptions to maximize uptime, improve readiness and increase operational efficiency. This allows the system to foresee catastrophic system failure and improve maintenance and planning processes. The analytics platform works by supporting the analytics in real-time, processing data as it comes in, executing the model, and delivering the results to a dashboard where they can be viewed. Still, each output can be tied back to the EAI model input.

The methodology behind EAI provides a transformational approach to military maintenance on the operation of assets and equipment. Historically, maintenance has been performed based on a preventative maintenance schedule, hours, miles, or other criteria. Most often, CBM is not correlated to the specifics of the equipment. As a result, maintenance on military assets is frequently performed either too early or too late, rather than at the optimal time. Principles of EAI enable organizations to perform maintenance based on the performance of the equipment, operating conditions, climate, and numerous other variables that impact the availability and longevity of the asset. Because EAI is an approach to analytics, it’s able to work in conjunction with other platforms. When deployed, EAI can play a crucial role in maximizing the readiness, lifespan, and success of military vehicles.