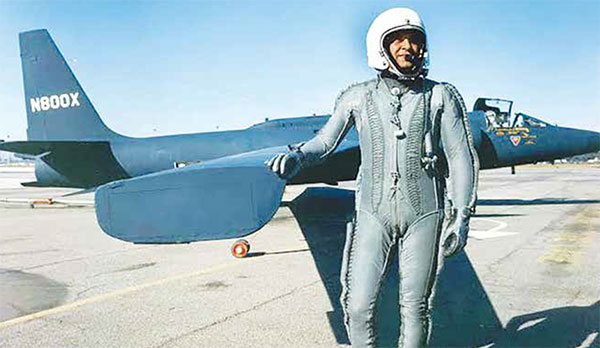 In 1960 a U2 spy plane flying over the Soviet Union, being piloted by Gary Powers was shot down. This plane was designed to fly at extreme altitudes and speeds and to record video of an area the size of the state of California.Even though the U2 had a cruising speed of five hundred miles per hour, it still was too painfully slow in returning the film for analysis. Today’s systems in contrast are now sitting atop mountains, buildings, and other front-line positions, streaming video in real-time. The advantages are immense by allowing enhanced threat analysis.

The optical bar camera used in the U2 was so sensitive that U2 pilots were trained to hit a self-destruct button rather than allow it to be captured by our advisories. Today advances have changed how these super high optical solutions can be used. The move from film to digital was just the beginning, the need to digest and analyze the recordings continues to be the challenge. Advancements in optics have provided huge volumes of data with 8MP images and 37X zoom. In addition, by moving the visible light detected by most digital cameras today, some technologies focus and detect infrared energy, detecting details and information beyond what the human eye can detect. The volume of this data makes remote transfer over a network impractical. OSS, a digital infrastructure company led by David Raun, CEO, and a team of systems architects are focused on this and other edge computing concerns. Recognizing the acceleration towards decentralized digital infrastructure, OSS is focused on leveraging distributed edge computing to optimize real-time response in AI-based solutions – perfect for the next generation of video analytics. OSS has focused on how to build networks stronger, reducing data transport, and do so with systems that meet the rigors of “front line” duties. One such a system is their recently release GEN4 4U Pro 10. The 4UPro 10 is a highly configurable solution that employs GPUs and PCIe Gen 4 solutions that are not currently seen in rugged edge deployments. By doing the large-scale Inference computing at the edge, OSS has moved the image processing away from the data center server and move it closer to the source. This fast, easy, and cost-effective solution reduces the reliance on high-speed networks by only transmitting descriptive data and reducing overall latency. The transmission of only a small amount of data makes it significantly more practical to apply an encryption algorithm increasing the overall system’s security. The power efficiency brought about by only triggering the pre-processing when needed means that more processing time can be spent on image and sensor processing when specific conditions are met. The need for advance compute power at the edge is the cornerstone to United States strategy to defend the country. Unlike the days of the U2 flying missions over enemy territory, informational sources such as satellites and drones will be streaming copious amounts of data to front line locations to contribute to the battle plan. The need for an asymmetrical response to threats is the goal of the Joint Chiefs and is made possible through the use of advance systems from OSS.