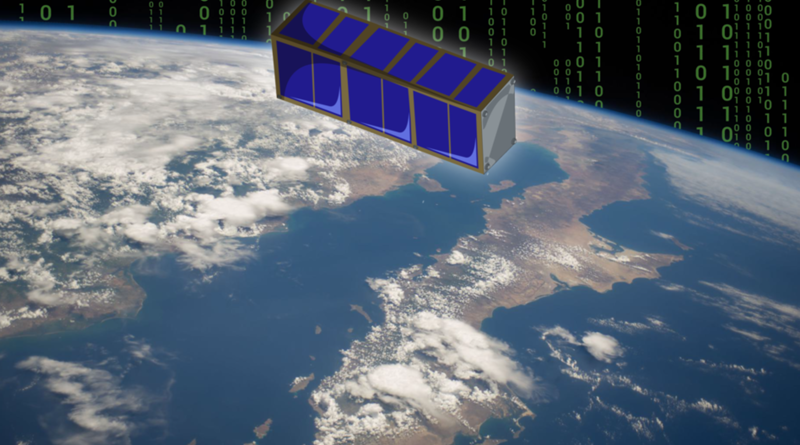 The Centre Spatial Universitaire de Grenoble (CSUG), in partnership with Teledyne e2v, will be using this year’s Space Tech Expo to provide visitors with a detailed demonstration of a high-performance image analysis system for CubeSat deployment. Intended for Earth observation tasks, this system will process the images on-board to build simplified binary maps of the areas before transmitting back from space, thereby significantly reducing the bandwidth overhead involved.

Designed for implementation in a 6U CubeSat (of 10cm x 20cm x 30cm dimensions), the QlevEr Sat demo is the latest development in an ongoing collaboration between CSUG and Teledyne e2v that was first established four years ago. Central to the system’s hardware is a Teledyne e2v quad-core 1.8GHz Qormino QLS1046-Space processing module. This compact space-grade unit leverages 64-bit Arm Cortex A72 processor cores and features 4GB of co-packaged DDR4 memory capacity too. The imaging data is captured using a 16Mpixel Emerald CMOS image sensor also provided by Teledyne e2v.

Large area images are firstly acquired by the QlevEr Sat system, then converted via the onboard processing resource with an advanced tailor-made artificial intelligence (AI) algorithm incorporated into it. The AI algorithm was specifically developed by the Multidisciplinary Institute in Artificial Intelligence (MIAI), to optimize execution on embedded targets. There is scope for this arrangement to be employed in a broad range of potential applications. These include deforestation tracking which is the primary use case, but also the monitoring of volcanic activity, evaluation of damage caused by natural or manmade disasters, growth in urbanization, glacial movement analysis, and oceanic investigation, as well as possible defense-related tasks.

To ensure that Qormino is robust enough to deliver long-term operation when exposed to uncompromising space conditions, and mitigate the threat of errors occurring, modules are subjected to extensive qualification, screening, and radiation characterization procedures. These cover both the processor element itself and the accompanying DDR4 memory too. The modules can cope with total ionizing dose (TID) levels above 100kRad and have single event latch-up (SEL) resilience beyond 60MeV.cm²/mg. An operational temperature range of -55°C to +125°C is also supported to ease integration into spacecraft.

“Integrating AI capabilities directly into CubeSats will dramatically reduce the amount of bandwidth needed for data transmission, which is beneficial given the rising number of satellites now in orbit. This QlevEr Sat demo provides a radiation-tolerant processing capability without taking up much PCB area,” states Tania McNamara, Project Manager at CSUG. “We envisage the system being utilized to address numerous use case scenarios where changes on the Earth’s surface need to be surveyed.”

“Space deployments set limitations in terms of the power budget and room available in which electronic hardware can be fitted,” adds Thomas Porchez, Application Engineer at Teledyne e2v. “By combining our next-generation processing, memory, and optoelectronic devices with the cutting-edge AI technology developed, QlevEr Sat overcomes these challenges. It enables image capture and subsequent processing to be carried out in even the smallest of satellite designs. Consequently, we see a lot of opportunities emerging for it.”