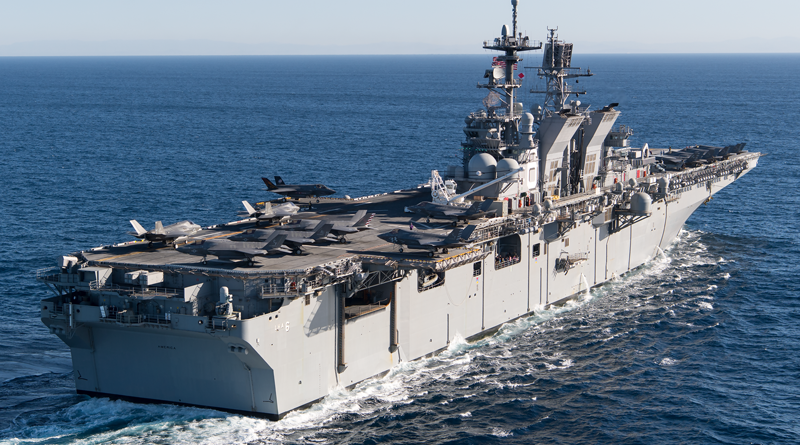 Lockheed Martin completed another successful year as the F-35 program continued to expand its global footprint and enhance operational capabilities.

In 2021, two new countries – Switzerland and Finland – selected the F-35 for their new fighter jet programs. Additionally, Denmark received its first F-35 and the Royal Netherlands Air Force became the ninth nation to declare their F-35 fleet ready for Initial Operational Capability. The F-35’s operational capabilities continued to advance and further demonstrated its value as the most advanced node in the 21st-century battlespace. Last year alone, the F-35 successfully participated in a series of flight tests and exercises, including Project Hydra, Northern Edge, Orange Flag, Talisman Sabre, and Flight Test-6.

“The F-35 joint enterprise team continues to provide unmatched combat capability to the 21st-century battlespace through the F-35,” said Bridget Lauderdale, vice president, and general manager of the F-35 program. “Providing unparalleled support to the growing fleet, participating in numerous Joint-All Domain exercises, and meeting our delivery target during a global pandemic is no small feat while the F-35 was also chosen by Switzerland and Finland as their next fighter.”

The F-35’s operational performance remains strong. Some of the F-35A deployments and exercises demonstrated over 80% mission-capable rates. As one of the most reliable aircraft in the U.S. fighter fleet, 93% of F-35 parts are performing better than predicted.

In the last year, F-35s were part of four base and ship activations and participated in more than 60 deployments and detachments, including the first U.S. Navy F-35C deployment aboard the USS Carl Vinson. During the first deployment of the Royal Navy’s flagship HMS Queen Elizabeth as part of the UK’s Carrier Strike Group 2021, F-35Bs from the U.S. Marine Corps and Royal Air Force flew nearly 1,300 sorties, more than 2,200 hours and conducted 44 combat missions.

These program achievements are enabled by employing digital technologies, which were vital to achieving 142 deliveries in 2021. Smart tools, connected machines, and augmented realities all contribute to the delivery and sustainment of aircraft.

With more than 750 aircraft operating from 30 bases and ships around the globe, the F-35 plays a critical role in the integrated deterrence of the U.S. and our allies. More than 1,585 pilots and 11,545 maintainers are trained, and the F-35 fleet has flown nearly 470,000 cumulative flight hours. Nine nations have F-35s operating from a base on their home soil, 12 services have declared Initial Operational Capability and six services have employed F-35s in combat.