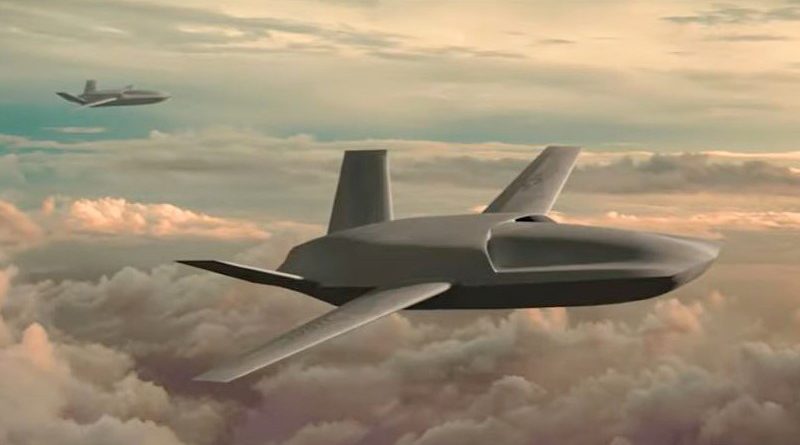 Like the chess opening move that inspires the name, Gambit is about the initiative, leading from the front, using advanced sensing to grab the tactical advantage and open a world of possibilities.

Gambit is an Autonomous Collaborative Platform (ACP) designed through digital engineering to speed its time to market and lower acquisition cost, and it will deliver an extended and enhanced sensing capability. The jet-powered platform is being built for air dominance and will heavily leverage advances in artificial intelligence and autonomous systems. Working alongside human-piloted aircraft, Gambit will enable pilots to see deeper into hostile airspace, detect threats first, and provide time and space for critical decisions and actions.

“GA-ASI has led the way in integrating UAS into every aspect of military operations,” said GA-ASI President David R. Alexander. “Now we’re once again pushing the boundaries of what’s possible with unmanned aircraft, software, mission systems integration, and more. Gambit will usher in a new era, where UAS work collaboratively with manned aircraft to detect, identify and target adversaries at range and scale across the battlespace.”

Designed as an advanced concept aircraft, Gambit will use AI and autonomy to complete a variety of tasks without being prompted by an operator. GA-ASI’s software and integration systems will support detection and analysis, and provide users with the highest quality intelligence, surveillance, and reconnaissance ever possible from an unmanned aircraft. On point out ahead of U.S. Air Force tactical aircraft, Gambit will also be able to sense and track targets of interest and distribute that information across the battlespace.

“We’re designing systems to meet future requirements, to include working collaboratively and autonomously,” Alexander continued. “Gambit is part of a broader Family of Systems strategy that began with Predator and Reaper, and continues in support of USAF’s future force design concepts.”