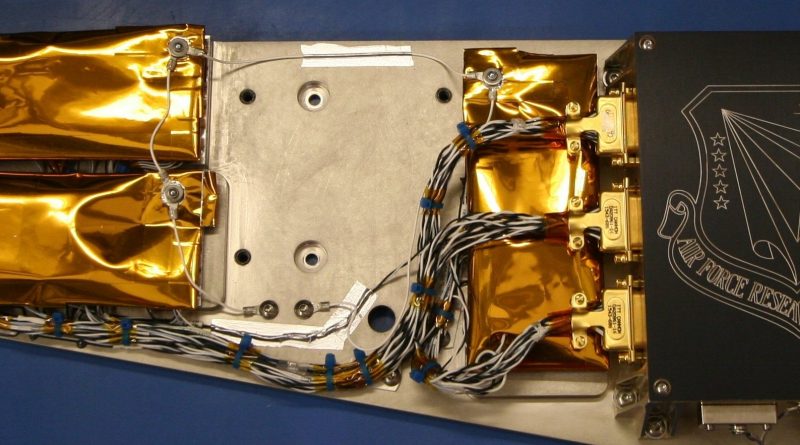 The Air Force Research Laboratory, or AFRL, has released the results from its AdvanceStructurally Embedded Thermal Spreader Two, or ASETS-II. The AFRL experiment was 100% effective in testing the most recent version of the revolutionary Oscillating Heat Pipes, or OHPs, and the results of the more than 6,600 hours of on-orbit testing are being made available to the public.

“We now have a treasure trove of data,” said Jon Allison, the thermal thrust lead, for the Spacecraft Component Technology Branch of the AFRL Space Vehicles Directorate. “Our results include 2.2 million data points that will increase confidence in the use of OHPs, and facilitate the continuing advancement of the technology. In particular, this dataset will be of high value to academics, because it offers the performance of high-quality OHPs and in space, no less.”

“Quality spacecraft thermal control is important to ensure the functionality, reliability, and cost-achievability of space systems,” Allison said. “The importance of reliable space systems can’t be understated as integral parts of our lives; from national defense to commerce, to weather, and much more.”

ASETS-II has demonstrated that thermal problems that affect spacecraft are not the case with well-made OHPs. Experimental space testing has proven effective at weeding out new technologies including new thermal technologies that are prone to issues in the space environment.

“There is a long history of testing novel heat pipes and many don’t pass this type of test, but OHPs can, and did,” said Allison. “We’re excited to add OHPs to that pantheon of space-suitable heat pipes – this is exciting stuff for a heat pipe nerd!”

“These problems are often compounded, or at least different, in the zero gravity environment of space; many promising heat pipes have had problems during flight experiments,” he said. “In this case, we showed that OHPs can overcome these issues.”

The success of this experiment builds upon many years of AFRL efforts to develop OHPs, especially models that characterize how well they perform and under what conditions they stop working.

“We are satisfied that OHPs can be designed to provide reliable operation in mission-critical spacecraft applications, and ASETS-II has been a big part of coming to that conclusion,” said Col. Jeremy Raley, director of the AFRL Space Vehicles Directorate. “The OHPs operated as designed by our team, who have worked on this kind of technology for many years.”

For years to come, the data collected on ASETS-II will be used to develop and test new theories about the complicated thermo-physics of OHPs, and will positively impact future U.S. space missions.