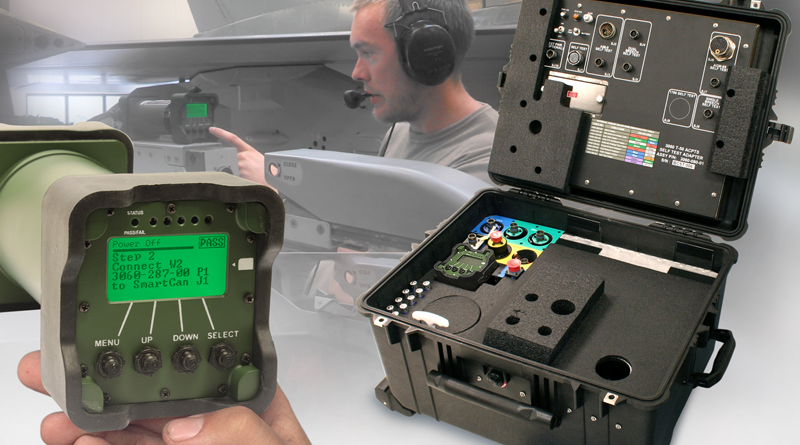 Support Equipment Requirements Document (SERD) certification signifies that the SmartCan is safe, operable, and effective for testing F-16 armament systems including launchers, bomb racks, pylons, fuel tanks, and the gun. LMA certified the SmartCan in support of one of its Foreign Military Sales (FMS) customers.  The F-16 System Program Office (SPO) also declared that the SmartCan O-Level Armament Test Set is a fully qualified and approved solution for the F-16 Fighting Falcon and assigned SERD #75A77.

“Since its introduction in 2011 to the F-16 and other aircraft, the MTS-3060A SmartCan serves as the choice of an ever-increasing number of customers worldwide seeking active O-Level test of both Smart and legacy armament systems on fighter and rotary aircraft, unmanned aerial systems (UAS), and ground-launched weapons systems,” said Major General Stephen T. Sargeant, USAF (Ret.), CEO of Marvin Test Solutions. “SERD certification gives the warfighters we serve the confidence that the SmartCan is qualified for Flightline armament test by both the F-16’s Original Equipment Manufacturer (OEM) and the F-16 SPO.  We appreciate the opportunity to work with both Lockheed Martin and the USAF F-16 SPO achieving this major milestone in the history of the SmartCan.  MTS is proud of this accomplishment as it will allow us to satisfy the requirement of many potential domestic and international customers who were awaiting the SERD certification.”

The innovative MTS-3060A is the most cyber-secure handheld armament test set available and deployed globally on fighter and remotely piloted aircraft today including the F-16, F-15C/E, FA-50, F-5, foreign RPA, and ground-based weapon systems. The SmartCan will also be deployed on the A-10, F/A-18, and AH-64 in the second half of 2022.  Additionally, it incorporates the ability to support current and future communication interfaces used on aircraft armament systems and many other weapon systems, enabling the test and maintenance of all armament systems deployed on any armed aircraft and ground-based systems. As a result of its extensive capabilities, the SmartCan is also used as a weapons emulator in System Integration Labs (SILs) and is currently being evaluated as a missile test set.