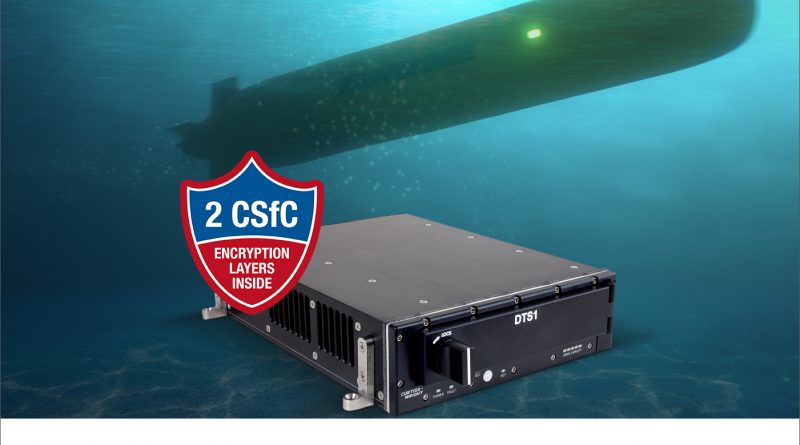 Ideal for use in size, weight, and power (SWaP) constrained platforms that must perform in harsh military environments, the rugged DTS1 is a compact unit that provides two layers of NSA-approved Commercial Solutions for Classified (CSfC) encryption in a single device to protect critical data. The use of data encryption solutions approved for placement on the CSfC Components List enables system developers to significantly speed their application development and deployment. For self-powered platforms such as UUVs, reducing the weight of electronics subsystems helps extend the duration and distance that missions can support. The contract, which began this year, is scheduled to run through 2030. The lifetime value of the award is estimated at more than $10 million.

“We are very pleased that our rugged and compact DTS1 data storage has been selected for deployment on a Small-Class UUV, our first contract for an NSA-approved data encryption solution on a small UUV,”  said Chris Wiltsey, Senior Vice President and General Manager, Curtiss-Wright Defense Solutions. “With its two layers of CSfC encryption, this fully operational data storage system, designed with a Modular Open Systems Approach, reduces program risk, time and cost.”