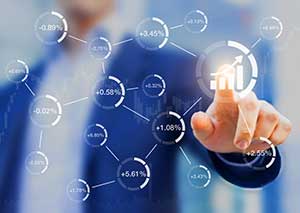 With top-line DOD military electronics spending approaching $90 Billion, did you ever consider what portion of that is allocated to the traditional COTS Market? Without question, it is less than 7%. So, where does the rest go? The answer is the Hidden COTS Market, which we estimate to be 10x+ the size of what COTS companies participate in. No question – COTS has made its mark on the Industry (thanks to the Perry Initiative) and it continues to grow and extend its capabilities.

Clear that all of you are experts on COTS, which is simply defined as Standard (Catalog) Product – Non-Developmental Item (NDI), as defined by Federal Acquisition Regulations (FAR) – enacted in law.
This is in relationship to Proprietary Designs – which surprisingly – still dominate the Electronics Technology scene.

We have been weaned on the fact that COTS shortens time-to-program-implementation, minimizes systems complexity and can reduce cost – key drivers – although not all of these COTS principles apply to all production/deployment programs, platforms and applications.

The Hidden COTS market prevails – and to traditional COTS suppliers – it is counter-intuitive, which means we have to think and approach this differently. The key elements are reformatting, repackaging and potentially Technology Licensing (the last outpost to get a piece of the action).

We are not talking about extending a COTS product – as a variant – we are talking about developing a solution to meet the requirements of the mission-critical, target environment. Keep in mind that Defense Contractors/System Integrators make 60% of their payout on the value of their programmatics, added-value services, compliance programs and Life-Cycle Support, which means that you are not threatening their food supply or being viewed, as a competitor. In fact, in most of the opportunities – you will ride the Defense Contractor to Market. Here are several examples of real-world, applications:

One key element is to align yourself with the Defense Contractor/System Integrator – leverage their connections and relationships to gain access/entry into the Program Offices/Agencies and Technology Incubators that fuel and support these critical deployment programs. Not all COTS companies can play, although the ones that can – will realize big dividends and extend their business, beyond the strict definition of COTS.