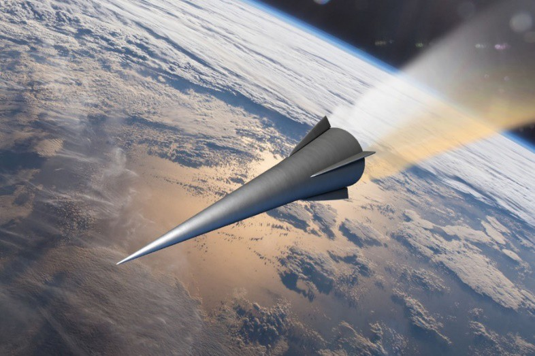 Dr. Armstrong said adversaries have aggressively pursued hypersonic technologies and capabilities, and the U.S. has developed an integrated strategy to accelerate the development and fielding of hypersonic systems, both offensive and defensive. The 2018 National Defense Strategy says hypersonics is one way to “ensure we will be able to fight and win the wars of the future.”

“The physics of flight change in a hypersonic environment,” said Dr. Armstrong. “There are technical challenges to be addressed throughout the systems. My job is to take the systems engineering view of the overall hypersonics strategy and break it down into pieces of approachable technologies for the research community to address. We then accelerate the transition of those technologies into program implementation.”

Hypersonics is a category of weapons that can travel within the upper atmosphere (about 15 to 30  miles above Earth) for sustained periods at greater than five times the speed of sound. Commercial flights range from about 5.9 miles to 7.2 miles above the earth’s surface, according to Adam Beckman, a lecturer for aviation studies at Ohio State University quoted in a 2018 Time article. The U.S. Air Force awards Astronaut Wings at 50 miles above the Earth’s surface.

According to the CNO NavPlan, “Characteristics of premium value in a fight for contested seas are distributed weapons of increasing range and speed … stealth, deception, and sustainability.”

In October 2020, the Office of the Undersecretary of Defense (OSD) for Research and Engineering (OUSD(R&E))’s Joint Hypersonics Transition Office (JHTO) established its Systems Engineering Field Activity at Naval Support Activity, Crane. The Field Activity works with the Pentagon-based JHTO to coordinate architectures, interfaces, schedules, and plans to transition a more modular, affordable, and upgradable hypersonics portfolio of capabilities and technologies.

“I look for similarities between program needs and ways to maximize investments,” said Dr. Armstrong. “I look at today’s research and state-of-the-art systems and determine how they can help carry out the long-term strategy for the hypersonics enterprise.”