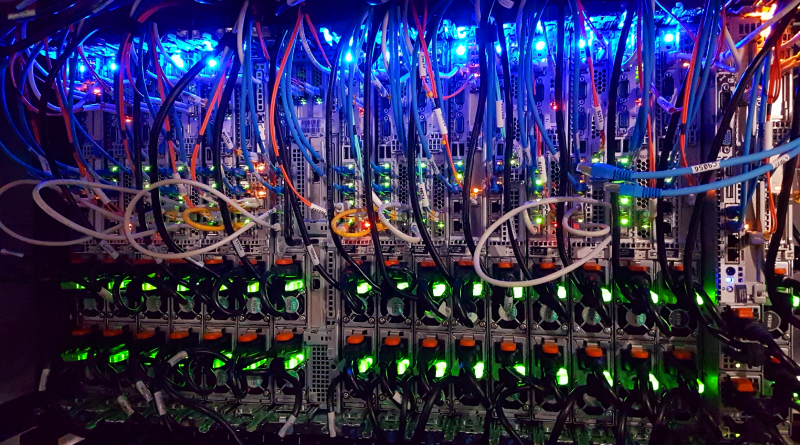 GigaIO’s Microchip silicon-based Gen4 switch appliance, first introduced in 2019, targets HPC and AI data center managers looking to free expensive resources (such as GPUs and FPGAs) trapped inside servers. In the past, to share these resources between their users, IT managers had to install not one but two or three networks in a rack. Even when servers were communicating to storage and accelerators over PCIe, to communicate server to server, IT managers had to incur the additional expense, overhead and latency hit of another network, like Ethernet or InfiniBand. With FabreX a single unified PCIe fabric can connect servers without resorting to InfiniBand or Ethernet. As a result, the Microchip and GigaIO collaboration deliver a solution with the industry’s lowest latency.

“With revolutionary technology ushered in by Microchip and GigaIO, a true rack-scale system can be created with only PCIe as the network. The implication for HPC and AI workloads, which consume large amounts of accelerators and high-speed storage like Intel Optane SSDs to minimize time to results, is much faster computation, and the ability to run workloads which simply would not have been possible in the past,” said Alan Benjamin, CEO of GigaIO.

GigaIO further breaks one of the barriers to large-scale adoption of disaggregated infrastructure (vendor lock-in) by demonstrating a commitment to open standards: several off-the-shelf software options are available from several vendors to compose resources in FabreX, instead of yet another proprietary pane-of-glass and licensing fees. Microchip’s industry-leading Switchtec PCIe switches form the foundation of FabreX’s hardware layer, while the management architecture is based on Redfish APIs, an open standard instead of proprietary hardware and software.

PCIe is emerging as the fabric of choice to realize Composable Disaggregated Infrastructure with industry-leading low latency and ease-of-use advantages over alternative methods. GigaIO and Microchip are leading the way to drive PCIe as a true rack-level interconnect.