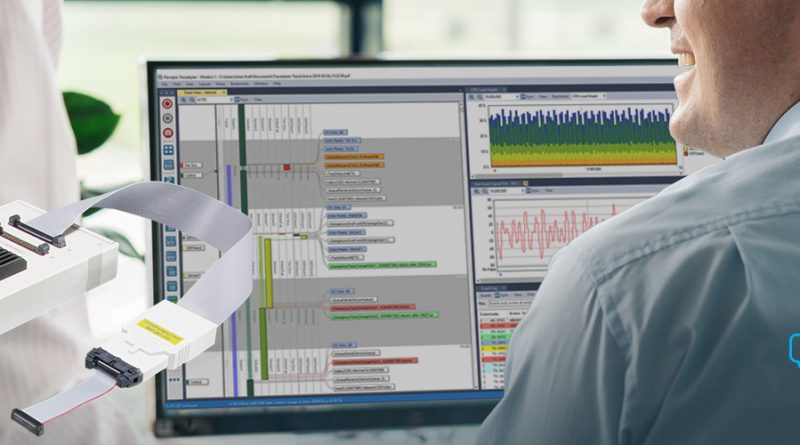 Percepio®, the leader in visual trace diagnostics for embedded systems and the Internet of Things (IoT), and Lauterbach, the leading supplier of complete, modular, and upgradeable microprocessor development tools, announce their cooperation to achieve faster debugging through closer integration between Percepio Tracealyzer® and Lauterbach’s series of TRACE32® high-end tracing tools.

The first result of this cooperation is an integration that allows Lauterbach users on Arm Cortex-M microprocessors to live stream software trace data into Percepio Tracealyzer, providing visual trace diagnostics for accelerated debugging and verification. The solution is described in a recent application note from Percepio and leverages the Percepio trace recorder library, supporting e.g. FreeRTOS and SAFERTOS®.

“Lauterbach is pleased to have started a collaboration with Percepio. It gives our customers the great benefit of using the non-intrusive high-speed tracing capabilities of TRACE32 in combination with the in-detail trace analysis of Tracealyzer. It’s a perfect fit to find bugs and defects that are difficult to detect, such as race conditions or sporadic timing issues,” said Norbert Weiss, Managing Director of Lauterbach GmbH.

“We see tremendous potential in using high-end tracing solutions such as Lauterbach TRACE32 and µTrace together with the advanced visualization in Percepio Tracealyzer. Our Lauterbach integration allows Tracealyzer users to record runtime data at unprecedented speeds using the Lauterbach µTrace for Arm Cortex-M,” said Johan Kraft, CEO, Percepio. “It also allows existing Lauterbach users to achieve a new level of insight with Tracealyzer. The next step is to leverage hardware trace data in Tracealyzer to show more detailed information. We have a working solution in development, and we have been collaborating with Lauterbach on that for some time now.”

Ultimately, the goal is to enable all Lauterbach customers to use visual trace diagnostics with Percepio Tracealyzer based on hardware trace data. The two companies already have joint customers asking for this capability and expect to announce further products during the second half of 2021.