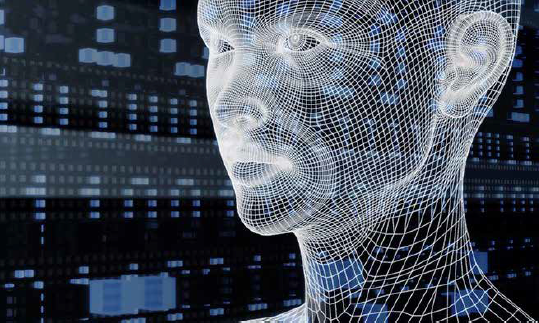 Military engineers are increasingly relying on a more efficient and sophisticated solution for their power-hungry designs with a new system from Vicor Power (http://www.vicorpower.com/) – a longtime leader in the space.

BISinfotech – a highly respected journal covering technology in India —  was so impressed with the tech, it recognized Vicor as an innovator in power with its BIS Excellence & Technovation Award last fall.

And the same head-turning power solution helped Vicor win the 2020 Global Semiconductor Alliance Award — in the category of ‘favorite semiconductor company’ – beating out the likes of AMD, NVIDIA, Inphi Corporation and SiTime Corporation.

The GSA is one of the most prestigious organizations in the industry, representing corporate members from more than 250 companies across 25 countries.  GSA’s recognition of the FPA system is especially notable, given that the nod came from GSA members who are semiconductor industry analysts – people who stake their livelihoods on knowing what’s what when it comes to the latest in semiconductor technology.

Much of the impetus behind those awards is rooted in the innovative way FPA crushes obstacles that typically drain current delivery to high power processors — enabling engineers to achieve new amperage highs as they design for current delivery. So far, many engineers using FPA are harnessing its next generation power handling to add more punch and performance to existing designs.

Others are tapping into FPA to greatly simplify their motherboard designs.

And still other engineers are working with the new high currents made possible by FPA to tool-up applications that previously were simply beyond their reach in terms of available amperage.  With FPA, AI engineers in particular who are looking to create big data mining projects will find they have hundreds of more amps at their disposal with Vicor’s power solutions.

Machine learning applications suddenly become a breeze with the power management system.  And autonomous vehicle systems will have all the extra power they need, thanks to FPA.

On the circuit board, the new efficiency in power and design translates into a higher peak and average current delivery of more than 1,000 amps.  And it reduces motherboard copper and processor interconnect resistances by up to 50x Moreover, FPA enables engineers to reduce processor power pin counts by more than 10x.  Essentially, engineers working with Vicor FPA can look forward to nearly unlimited customization options – while simultaneously being assured they can rely on an optimal power system.

Under-the-hood, FPA works by first factorizing power conversion into separate functions: regulation and transformation. By separating the two – in terms of both processing and physical location — FPA is able to better optimize the performance for each function individually.  The result of this separation approach:  The regulation module in an FPA system can be placed in virtually any location on a motherboard.  And simultaneously, the FPA system also enables the current multiplier module to be placed extremely close to the processor by optimizing the module’s density, efficiency and noise reduction.

Meanwhile, the extremely low output impedance generating by FPA enables engineers to opt for much smaller ceramic capacitors (up to 1000x less capacitance) at the VTM.

In practice, that novel design efficacy enables current multipliers running on FPA to reach current highs of more than 1,000 amps – while delivering a 50x reduction in power delivery network resistance.  There’s also an added design bonus: The FPA system is available for both lateral and vertical factorized power applications.

FPA’s approach dusts conventional power management systems, which too often force engineers to settle for crowded design layouts and make them surrender to trade-offs that sacrifice power due to limited design options.

But those application designs are flummoxed by the conventional motherboard power plane and conventional interconnects within the processor socket.  As engineers know all too well, when they’re working with traditional power systems, the size of the power converter prevents them from placing it too close to the load. And the high output current typical of such systems triggers large line (12R) losses.

Meanwhile, conventional power systems also require engineers to resort to large, bulk-electrolytic caps that crowd the space near the load.  Switchers also become a problem when using a traditional power system.  Too often, they too need to be placed too close to the load — resulting in noise that can also lead to power drain.  Fortunately, those problems vanish with FPA.

Essentially, once engineers start working with the advanced design flexibility of FPA, they never need look back at the limiting nature of conventional power systems.