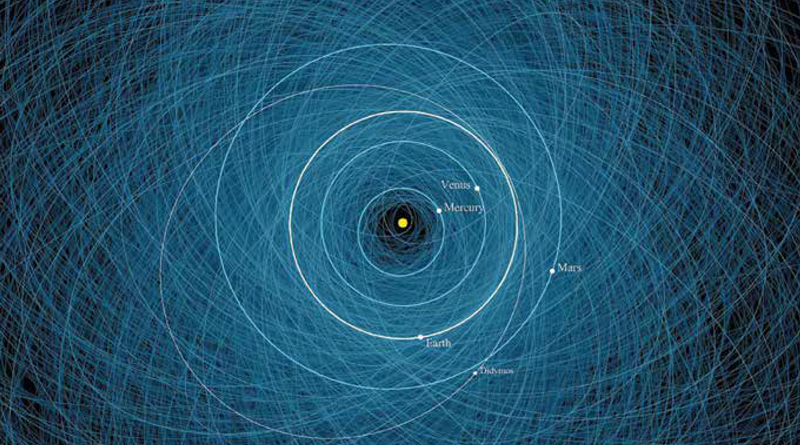 As the world becomes less predictable and gradually declines into disorder, the urgency to accurately predict when things might return to “normal” becomes increasingly more impossible. The reason this is true can be found in the definition of Entropy. Consider a box filled with red golf balls all lined up on the right and blue golf balls all lined up on the left – shake the box. The results will never be as orderly as the original. The entropy that the world is experiencing today and the infinite possibilities of how this box of golf balls might end up is a question that will not be answered easily or with any precision. The ability to predict how the balls will settle after having been shaken is nothing more than conjecture. Yes, you can predict that they all will remain in the box, but how they line up will be so random as to not even rise to the level of conjecture.

The same goes for how we are building our understanding of this virus. The normal perception is that we are building from a large and accurate dataset, built over time into a potential model. But this is not the case, the data sets have only been acquired over a short time, the testing is statistically unpredictable and any modeling would be limited at best. But I want to pivot on you a bit and discuss the future (after the virus). The disorder that I am interested in goes far beyond tracking down toilet paper or determining where to go to dinner. It is more the global concerns where oil-driven economies are faltering. It is how this might further destabilize the Middle East. It is how hungry people might react to rich neighbors. This and an infinite amount of other issues will shape our world to come.

I have always been intrigued by physical limits. For most of my life, there has been a theoretical threshold of fifty nautical miles an hour for a sailboat. It was not until 2008 that a Kite-surfer broke the threshold by the slimmest margin. But like with many of these types of thresholds there was debate as to whether the Kit-surfer was sailing through the water or flying above it. Today foiling sailboats routinely break this barrier – and the debate continues. Whether you are thinking of the Beverly Clock, thought to be the nearest thing to a perpetual motion machine, or a Stirling External combustion engine, that uses the differential in temperature to power itself – the concentration of these forces creates disorder.

In considering the focus of order and the implications on disorder – Entropy – we can see examples resulting around us daily. Think about the retail store that requires patrons to line up outside to have social distancing inside. Consider the closing of public spaces and how it forces a greater number of people into smaller spaces. Consider shutting down flights, trains, and conventions and the order that it brings to the fight against the virus and the disorder that it brings to the social fabric of what we believe to be normal. Those that live in gated communities get a sense – false or not, I don’t know – but a sense that they have “order” within their community and the ugly disorderly world is outside their gates. The world has changed forever; the order of this box of golf balls will never be the same as we face new norms. Whether people will ever feel comfortable with crowded spaces or how we design future classrooms will only be known in time. Just as we had a new norm after 911, we will have a new norm after this. It is our civic duty to face this change and to do everything possible to create a new norm that is better than the old.

Disclaimer
The opinions expressed are not to imply that we are overreacting, that statistical knowledge should not be pursued, or that any directions conveyed by our leaders are incorrect. There is a new paradigm facing us that will be addressed most favorably by those that are receptive to it.