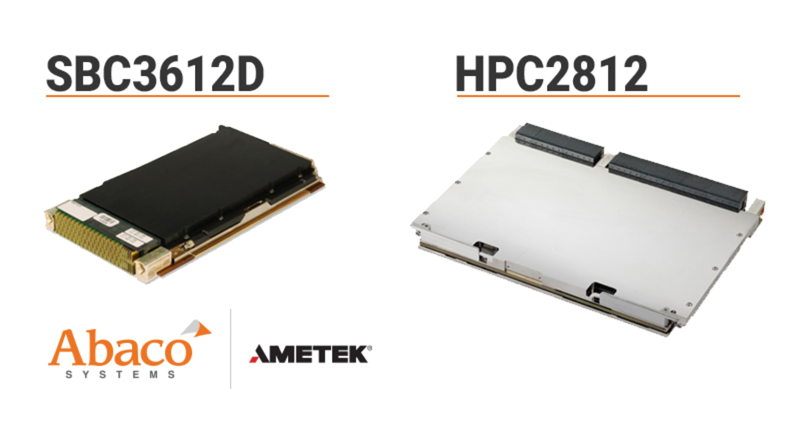 3U and 6U Intel-based OpenVPX computers aligned to SOSA™ Standard

The HPC2812 6U VPX high-performance computer (HPC) and the SBC3612D VPX single board computer (SBC) is Abaco’s first 100GbE computationally intensive 6U and 3U SOSA-aligned boards. Both computers provide the building blocks needed in 6U and 3U form factors for high-performance, mission-ready systems.

The computers are deployable across a wide range of applications ranging from commercial and industrial projects to transportation and infrastructure. They are also deployable on aerospace and defense applications including ISR, radar, and EO/IR. Delivering increased compute density in fewer physical slots, the computers meet demands for single slot compute density and remedies to throughput bottlenecks.

“Abaco is committed to giving our customers solutions with the latest technology like 100GbE,” says Pete Thompson, vice president of product management for Abaco Systems. “The HPC2812 and SBC3612D have the technology that meets our customers’ requirements for extremely high performance in demanding, rugged environments.”