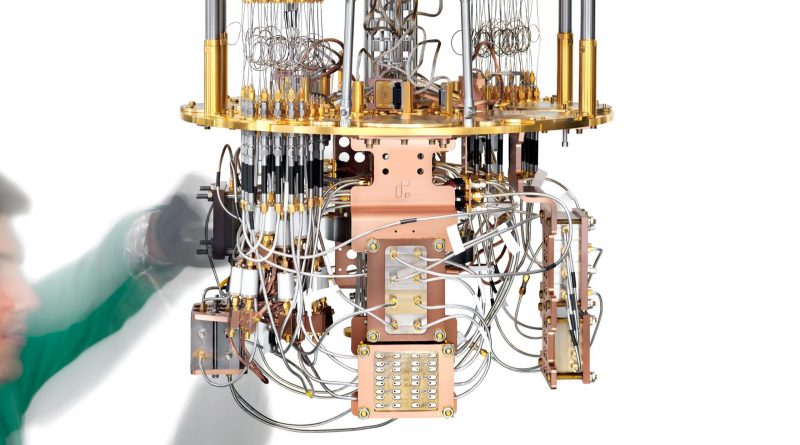 A subsidiary of Rigetti Computing, Inc. a pioneer in full-stack quantum computing, has been selected by the Defense Advanced Research Projects Agency (DARPA) to develop benchmarks for quantum application performance on large-scale quantum computers. The program is worth up to $2.9 million over three years based on the achievement of certain milestones. Joining Rigetti on this project are the University of Technology Sydney, Aalto University, and the University of Southern California.

A key challenge of planning fault-tolerant quantum computers is the ability to predict their performance on target applications. Establishing rigorous and universal benchmarks could allow for more precise estimates of how fault-tolerant quantum computers could perform in the future. This program aims to produce a more detailed understanding of how errors occur at the qubit level, how those errors impact performance on target applications, and to provide an accurate estimation of how quantum hardware and software need to evolve to meet critical performance thresholds.

“We are proud to have been selected to deliver this critical program to advance quantum computing capabilities and benchmarks,” said Chad Rigetti, founder and CEO of Rigetti Computing. “Rigetti continues to pioneer advances not only in quantum processor technology but also in applications and benchmarks. This award is a testament to our full-stack R&D capabilities and rigorous focus on delivering application performance. We believe having a set of industry-accepted application benchmarks will help mature the quantum computing ecosystem and inform our technology roadmap.”

“I’m looking forward to assessing the impact of detailed models of superconducting qubits on the overall resources needed to create logical qubits,” said Daniel Lidar, Viterbi Professor of Engineering at the University of Southern California. “Most of the existing work deals with somewhat simplified assumptions about qubit errors, and here we hope to improve the state of the art by building more faithful models of the qubits and their environment.”

“This is an extraordinary level of collaboration in the quantum software field,” said Yuval Sanders, a researcher at the Center for Quantum Software and Information at the University of Technology Sydney. “We will be developing some of the first automated software tools for quantum performance analytics that have ever existed. This will undoubtedly accelerate the field even further.”

This award is part of DARPA’s Quantum Benchmarking Program. The goal of the program is to re-invent key quantum computing metrics, make those metrics testable, and estimate the required quantum and classical resources needed to reach critical performance thresholds. The three-year project comprises two phases. Rigetti was awarded Phase 1, and the program includes an option for DARPA to award a second phase, concluding in February 2024.