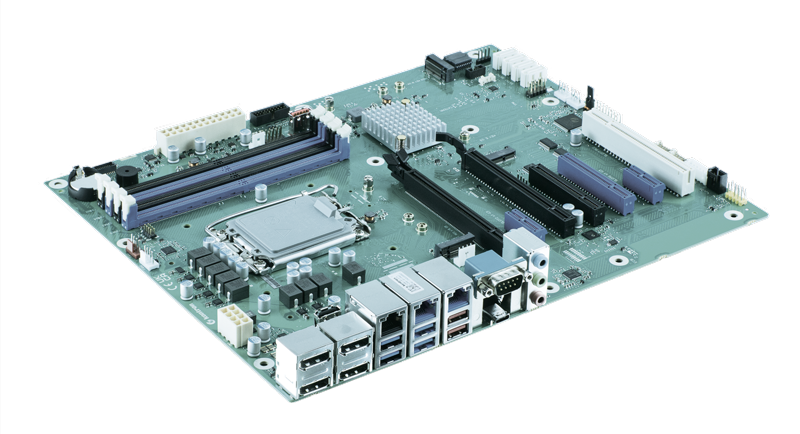 Kontron presents a new ATX motherboard that leverages the latest 12th Gen Intel® Core™ i series processors (LGA1700 with 125W TDP). With this, Kontron now extends its product family of new motherboards “Designed and made in Germany”, consisting of Mini-ITX, µATX, and ATX, after the recent launch of three µATX boards.

The K3851-R ATX is particularly interesting for all applications with a high demand for PCIe expandability – including PCIe 5.0, which is twice as fast as the previously prevailing PCIe 4.0 standard. This makes it particularly suitable for industrial automation markets – mainly for control PCs in 19″ rack format (including robotics), for medical technology, high-performance workstations for CAD applications (including gaming PCs) as well as for video editing and video wall displays via GenLock signal.

The motherboard is suitable for use in an extended temperature range of -10° C to +60° C. Four DIMM memory modules, fast DDR5-4800 with a maximum of 128 GB, and Dual Channel are used as memory. Furthermore, the board is equipped with numerous other interfaces, including a total of 13 x USBs, of which 1 x USB Type-C 3.2 Gen2 and 6 x USB Type A (2x USB 3.2 Gen2, 4x USB 3.2 Gen1) on the rear of the case. The Trusted Platform Module (TPM 2.0) ensures a high level of hardware- and software-based system security.