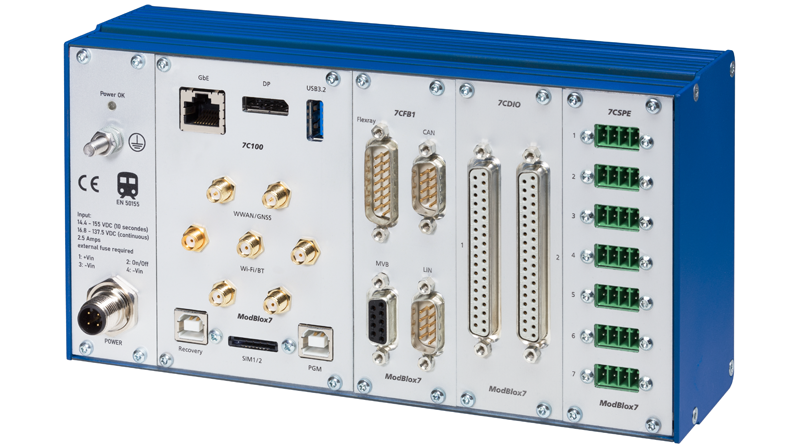 Under the name PICMG® ModBlox7™, several manufacturers are currently working on a new standard for modular industrial PCs that is intended to combine the advantages of scalable systems such as CompactPCI® with cost-saving box PCs. As a flexible BoxPC system, ModBlox7™ is based on units defined in height and depth, but expandable in width.

Each unit has a front width of 7HP or a multiple thereof (1HP = 5.08mm). The mechanics allow for flexible mounting options, including wall mounts, DIN Rail clamp technology, or 19-inch sub-racks.

ModBlox7™ allows simple interconnection of boards without the need for an additional backplane. The rear panel of the housing is used for heat dissipation. Thus, highly integrated and redundant architectures can be realized.

In 2023, the PICMG® ModBlox7™ specification is expected to be finally approved. In cooperation with Ci4Rail, EKF showed the first prototype systems at InnoTrans in Berlin. The rail-suitable concept is based on a 7TE power supply arranged on the far left, next to it a 14TE wide CPU module, followed by I/O modules.