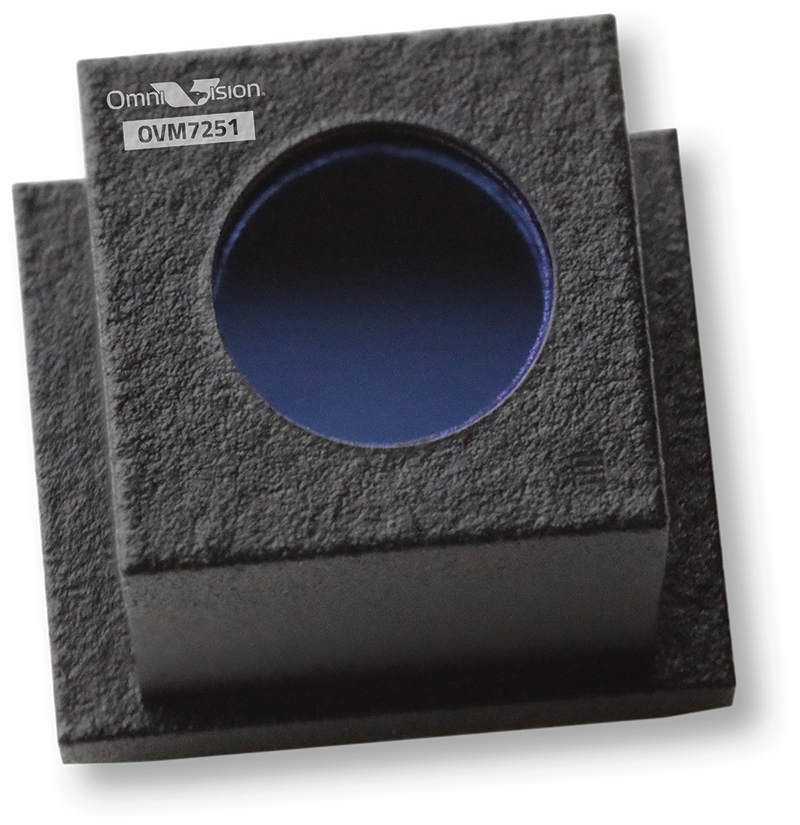 “Until now, most camera modules for these applications have been built with rolling shutters, which have latency issues. Meanwhile, global shutter modules have previously been too large and expensive,” said Aaron Chiang, marketing director at OmniVision. “Our new OVM7251 overcomes these challenges by providing a cost effective VGA module with global shutter performance in a wafer-level, reflowable form factor.”

The OVM7251’s sleep current consumption is 5mA, and during active mode, the module’s global shutter enables fast image capture. This combination can result in extended battery life for a broad range of applications, such as head-mounted displays for AR/VR, facial authentication in smart phones, and machine vision for factory automation, barcode readers and robot vacuum cleaners. Additionally, by using the OVM7251 for eye tracking in AR/VR headsets, designers can further reduce power consumption by programming the system to only process the display areas where users are currently looking, instead of the entire image.